By : Tom Campbell , Los Angeles Daily News
Economic sanctions have become the rule rather than the exception in U.S. diplomacy.
Earlier this year, the Congressional Research Service listed the following countries as under some form of U.S. economic sanctions because of their support for terrorism, proliferation of nuclear arms, human rights violations, or “threatening regional stability”: Cuba, Iran, North Korea, Syria, Belarus, Burundi, Central African Republic, Democratic Republic of Congo, Libya, Nicaragua, Russia, Somalia, South Sudan, Venezuela, Yemen, and Zimbabwe. Since the Taliban’s assumption of power, Afghanistan has now been added to the list. Other sanctions, including travel bans, identify particular individuals within these and other countries. America’s goals in imposing these sanctions have included trying to stop the trade in African diamonds sold to finance civil wars, to force nascent nuclear countries to limit production of fissionable material, and to induce warring parties to discuss peace. Desirable as all those announced goals might be, it is unlikely the U.S. would have gone to war over any of them. The substitution of economic for military force has thus actually increased the likelihood of America imposing any form of pressure. A recent illustration is the “Remain in Mexico” policy, requiring asylum-seekers who entered the U.S. to be sent back to Mexico during the many months before their case could be heard by a U.S. immigration court. President Biden criticized President Trump for this policy, suspended it, but just recently reinstated it. Mexican President Obrador will allow this policy to revive only if President Biden is prepared to reimpose the across-the-board tariffs on Mexico which President Trump had threatened to get him to agree. This is obviously preferable to the threat of military action. That had been our preferred instrument for dealing with Mexico, and other Western Hemisphere nations, in the last century, with U.S. military incursions into Mexico in 1914 and 1916, Haiti in 1918 (which we occupied until 1933), and Nicaragua in 1912. Compared with military force, the use of boycotts, tariffs, and quotas seems a blessing. Expanded reliance on economic pressure, however, has its own drawbacks. Consumers in our own country pay higher prices for imported goods and suffer scarcity in those materials for which there is no close domestic substitute. We have seen that result in the related area of sanctions imposed for trade purposes. Import restraints on Japanese automobiles in the Reagan Administration made both imported and domestic cars more expensive and only postponed the inevitable reckoning for Detroit’s less competitive production. Even more concerning, when we impose economic sanctions on major economic rivals, we invite them to invent work-arounds. Iran and China are masters at doing this today, finding intermediaries capable of evading the use of European and American banks to facilitate the sale of Iranian oil to China. China’s policy appears to be a willingness to trade with anyone. The strongest device in America’s economic toolbox is to influence the consortium of international banks to prohibit a country from receiving or sending payments in U.S. dollars, the international currency. This organization, the Society for Worldwide Interbank Financial Telecommunication (“SWIFT”), has in the past cut off Iranian banks from the international banking system to pressure Iran to stop nuclear weapon evelopment. The danger of using SWIFT in this manner is that it will drive China or other potentially excluded countries to develop an alternative to the international dollar-based system. Refraining from using SWIFT as a diplomatic tool more broadly than the limited applications so far has allowed the U.S. dollar to continue as the world’s currency. This has allowed America to carry massive budget deficits without driving up interest rates. The moment that ability is lost, the dollar will plummet in value with devastating inflationary impact on America. Of all our potential economic sanctions, America should be most cautious about threatening methods that will do far greater harm to our country, long-term, than to the countries we are trying to influence.

Earlier this year, the Congressional Research Service listed the following countries as under some form of U.S. economic sanctions. Other sanctions, including travel bans, identify particular individuals within these and other countries. This is obviously preferable to the threat of military action.

Iran says nuclear agreement can be reached if US sanctions lifted 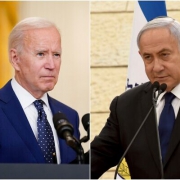 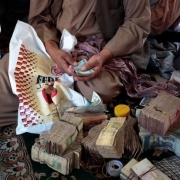 U.S. Spent Billions on Afghanistan and Failed to Build a Sustainable Economy 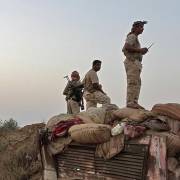 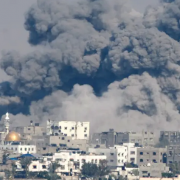 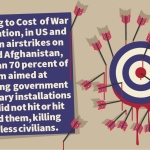 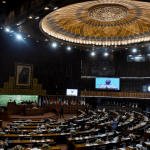