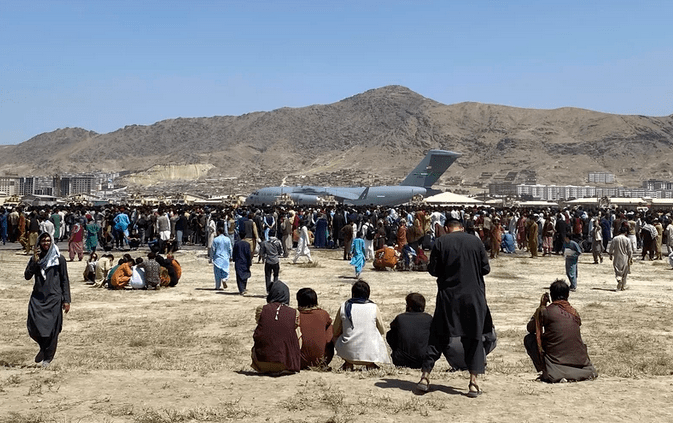 Morale across Afghanistan’s military ranks was “destroyed” when then-President Trump reached a deal with the Taliban in 2020 and President Biden affirmed the U.S. withdrawal in 2021, according to a new report on the calamitous fall of the Afghan government.

That dynamic is the single most important reason behind the Taliban’s rapid takeover last August — but “there’s a lot of blame to go around,” John Sopko, the special inspector general for Afghanistan reconstruction, told NPR’s Morning Edition.

“We should learn from this,” Sopko said.

Sopko’s office, known as SIGAR, released its interim report Wednesday detailing why Afghanistan’s government and military collapsed immediately after the U.S. withdrawal — and after the U.S. spent 20 years and nearly $90 billion to build a new Afghanistan that could withstand the Taliban.

According to the report, other factors behind the failure include:

“Afghan soldiers knew they were not the winner” after the Doha agreement was signed in early 2020, according to SIGAR, citing a senior Afghan military official. The “psychological impact was so great that the average Afghan soldier switched to survival mode” and they became open to other options, a former Afghan commander said.

“Basically, it left the Afghan soldiers in the lurch,” Sopko told NPR.

The outcome should not have surprised anyone, particularly the U.S. government: the watchdog group has issued hundreds of dire reports on Afghanistan, repeatedly warning that Afghanistan’s government and military weren’t ready to sustain themselves and were still reliant on U.S. help.

Analysts had predicted that Afghanistan’s air force — its biggest advantage against the Taliban — wouldn’t be self-sufficient until at least 2030.

“Within a matter of weeks after the contractors left, 60% of the Blackhawks that we had provided to them were grounded because they couldn’t maintain them,” Sopko said. “So it was a house of cards to start with. But once the contractors were pulled out, it was like pulling all the sticks out of a Jenga pile.”

His remarks echo a former U.S. commander in Afghanistan, who told SIGAR: “We built that army to run on contractor support. Without it, it can’t function. Game over.”

“We never really trained them on logistics,” Sopko said. “Their logistics were horrible. Now, this isn’t to mean that the average Afghan soldier or police officer didn’t fight. They fought very hard to the end. But they felt abandoned — and they were basically abandoned, by their own government.”

“They believed the Biden and the Trump administration weren’t going to go through with it,” he said. As a result, he added, “the Ghani government failed to develop a national security strategy until it was too late.”

Ghani got an early warning about the pending U.S. withdrawal in an intelligence briefing in April of 2021, former interior minister Masoud Andarabi told the SIGAR team. But the intelligence was ignored, after then-vice president told Ghani the story was merely a U.S. plot, according to the report.

With his country facing an existential security crisis, Ghani turned away from U.S.-trained military leaders and abruptly replaced dozens of district commanders and police chiefs. He was “a paranoid president” who believed that in the wake of the Taliban peace deal, the U.S. wanted to oust him — perhaps by a military coup, according to former Afghan Army General Sami Sadat.

Ghani was “changing commanders constantly [to] bring back some of the old-school Communist generals who [he] saw as loyal to him, instead of these American-trained young officers who he [mostly] feared,” Sadat said in the report.

Instead of relying on U.S.-trained military leaders, Ghani’s national security advisor dictated troop deployments and targets from Kabul, despite having no military experience, SIGAR said.

The Taliban was bolstered by the 2020 prison release

While the central government foundered, the Taliban got a huge boost when 5,000 fighters were released from Afghan prisons in 2020. The release was part of the Trump administration’s deal with the Taliban, and a source of conflict between the U.S. and Ghani. The Afghan government only agreed to release the prisoners after intense pressure, including a threat to cut off U.S. aid.

The prisoner release lowered Afghan soldiers’ morale even further. It also quickly raised the Taliban’s fighting and organizing capabilities, as most prisoners ignored their pledges not to resume fighting government forces.

Citing Sadat, the report states, “most of the released prisoners were group leaders, commanders, and chiefs. That meant if sent into a province or a village, they could recruit and mobilize their groups quickly.”

The U.S. had called the prisoner release a way to build trust. But the Taliban’s promise not to send the prisoners back into the fight was “a deliberate deception,” several former prisoners told SIGAR.

A full report will come out later this year

The interim report, with more than 60 pages and more than 500 footnotes, was compiled from interviews with U.S. and Afghan former government officials and military leaders, as well as SIGAR’s own accounting of years’ worth of problems and expense in the U.S. mission in Afghanistan.

SIGAR plans to release a final version of its report in the fall.

Morale across Afghanistan’s military ranks was “destroyed” when then-President Trump reached a deal with the Taliban in 2020 and President Biden affirmed the U.S. withdrawal in 2021, according to a new report on the calamitous fall of the Afghan government. why Afghanistan’s government and military collapsed immediately after the U.S. withdrawal — and after the U.S. spent 20 years and nearly $90 billion to build a new Afghanistan that could withstand the Taliban؟ 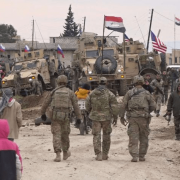 Syrian Locals Prevent US Occupation Convoy from Entering Their Village 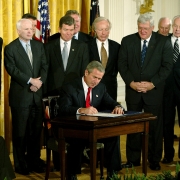 Video: Bernie Sanders: Are Iraq and Saddam a Thread to USA 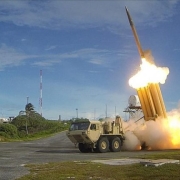 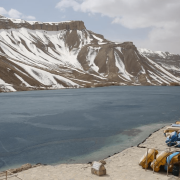 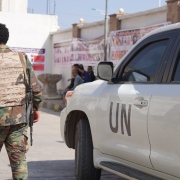 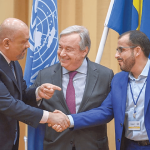 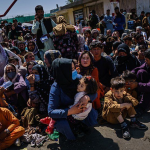