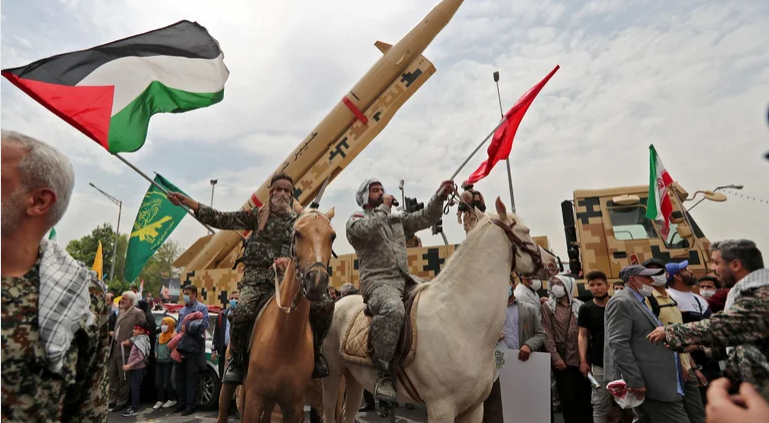 Iran hasn’t budged in the face of assassinations and public unrest, but continued demands for support in the fight against ‘the forces of arrogance and evil’ may prove difficult for the regime

Those who assassinated Hassan Sayyad Khodaei waited for his return a few days ago from a mission in Syria. The information about his movements was up-to-date and accurate. His address was known, as was his routine. The reason for his elimination could be deduced from the reports in Iran’s media outlets.

According to Nasim, a network that belongs to the Revolutionary Guards’ intelligence service, Khodaei was the deputy responsible for the development of technology and war tools in the Quds Force. Among his tasks was the transfer of technology for improving the accuracy of Hezbollah rockets, in addition to the transfer of weapons and war material to both Hezbollah and Palestinian groups operating in Lebanon. The Ghadah Iran website added that Khodaei was involved in developing Iranian drones, with other sites noting that the information on his movements was obtained via the questioning of Mansour Rasouli by Mossad agents in Iran. He was suspected of planning to assassinate Israel’s consul in Istanbul. The wealth of information detailing Khodaei’s expertise and responsibilities attests to the intelligence-gathering capabilities of Israel in Iran, and to the existence of an effective infrastructure that can reach high-quality targets, be they nuclear scientists, senior commanders in the Revolutionary Guards or technologists.

However, there is a big gap between operational and intelligence capabilities used for tactical purposes, and the management of a strategic campaign meant to block Iran’s nuclear program or halt its assistance to terror organizations such as Hezbollah, Shi’ite militias in Iraq or the Houthis in Yemen. Even though Israel often declares that it will act according to its own national interests, it has committed itself not to take the U.S. by surprise. In other words, its freedom to maneuver will not be hindered as long as it doesn’t conflict with Washington’s interests. This means not dragging the U.S. into diplomatic or military involvement in operations it did not plan, or indirectly rendering the U.S. responsible for Israel’s actions.

Due to America’s need for “plausible denial,” the administration has on several occasions clarified its position regarding targeted assassinations of Iranian scientists or strikes on nuclear facilities by publicly declaring that such attacks are not necessarily useful to the larger campaign against Iran’s nuclear program. In internal discussions, the administration was less delicate, demanding that Israel desist from operations that could harm negotiations over the nuclear accord. Indeed, over the 18 months that have elapsed since the assassination of Iranian nuclear scientist Mohsen Fakhrizadeh, the so-called “father” of Iran’s nuclear program, there has been no known attack or elimination of an Iranian nuclear scientist, and a close adherence to the red line that distinguishes between Iranians with direct involvement in the nuclear program and those involved in terror activity has been maintained.

Yet sometimes, it’s hard to make such a distinction, since the nuclear program is under the supervision of the Revolutionary Guard, who are also responsible for the Quds Force, which operates outside Iran and whose members are considered “legitimate” targets even by U.S. standards. According to these boundaries, targeting Quds Force commanders is permitted, as the U.S. made clear when they assassinated Qasem Soleimani, the force’s commander, in January 2020. Hitting the head of the Guards is not permissible, even though Soleimani was also involved in the nuclear program and was one of the decision makers in this matter.

So far, assassinating scientists and hitting nuclear facilities in Iran has not managed to halt the program’s progress, just like hitting Quds Force commanders has not stopped the organization’s operations on all its active fronts. In contrast, the restoration of diplomatic relations between the United Arab Emirates and Iran, and the rounds of talks between senior Saudi officials and the Iranians, have substantially reduced Houthi attacks on these countries. Regarding the nuclear program, the U.S. working hypothesis has remained unaltered. It states that only a nuclear accord can stop Iran’s progress, buying more time before it becomes a nuclear power.

It’s true that the talks in Vienna have ostensibly been suspended, but in practice, the U.S. is continuing to use mediators to reach an agreement. The visit by Qatar leader Sheikh Tamim al-Thani on May 10 and talks held by Qatar’s foreign minister with his Iranian counterpart indicate that Iran is willing to not only “re-examine” demands made by the Americans – it has also apparently made suggestions to the person responsible for negotiations on behalf of the European Union, Enrique Mora, who visited Iran at the same time al-Thani did.

Iranian President Ebrahim Raisi’s visit to Oman on Sunday is also linked to the nuclear talks after Oman, a veteran mediator that hosted the first covert meetings between Iranian and American representatives prior to the first nuclear accord in 2015, has now offered its mediation services. The Americans are refraining from setting a target date after which there would be no point in continuing discussions. The removal of the Revolutionary Guards from the list of terror organizations remains speculation which awaits President Biden’s decision, although he is in no rush to make one.

Officially, Biden says the ball is in the Iranian court and that he is waiting for their response. But in light of reports on Mora’s visit, it seems that the Iranian offers are already on Biden’s desk. A decision may come within days over the most volatile issue hindering negotiations.

At the same time, there is growing pressure in Iran against Raisi and his government. Demonstrations in Iran’s cities over the cost of living, which included cries of “Death to Khamenei,” along with rumors of looming increases in food and fuel prices – a move that three years ago sparked huge demonstrations across Iran which led to 1,500 deaths – are now heating things up. Several motions have been introduced in parliament to oust Raisi, or at least the ministers responsible for the economy in his government.

There has also been scathing criticism by senior clerics, by media close to the regime and even by senior security officials, who have warned of mass demonstrations that would undermine the country’s stability. In some newspapers, writers wonder why Iran continues to drag its feet despite the fact that the supreme leader sanctioned the negotiations and a nuclear accord. “Will the Revolutionary Guards determine the state’s fate? We don’t want to continue being their hostages,” said one reader in response to a story on the Sharq website.

Experience shows that mass demonstrations and violent protests have not caused the regime to budge, but if the government doesn’t manage to compensate citizens for the big cuts in subsidies or to block rising prices and present an economic horizon – it will find it hard to demand that the public further tighten its belt in the face of “the hostility and aggressiveness of the forces of arrogance and evil.” Not only are there no further holes in the public’s belt, but in comparison to 2019, Iran now has an opportunity to extricate itself from the economic crisis. Mobilizing the public or placating it with hollow slogans may actually trigger the opposite reaction. 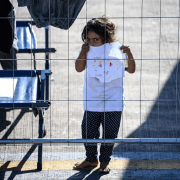 1,450 Afghan Kids Were Evacuated To the US without Their Parents, Some Are ‘Never Going To Be Reunited With Family’ 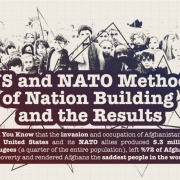 US and NATO Method of Nation Building and the Results 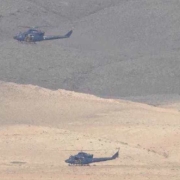 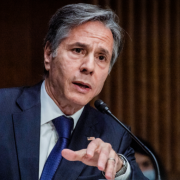 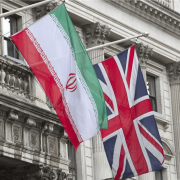 US Service Member Suspected in Attack on Ammo Dump at American Base in Syri... 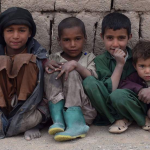 Hunger Spreads in Afghanistan Due To U.S.-Led Freeze on Government Assets
Scroll to top