I have been watching the violence between Russia and Ukraine with the same sorrow and horror as many others. I share the wish to protect people and stand up for justice and freedom. I am concerned, however, that our current approach to doing so is counter-productive and dangerous.

I have been involved with NH peace groups since the 1990s, currently serving on the board of directors for NH Peace Action. I have mourned scenes like those we are shown from Ukraine many times. I am encouraged to have so many other Americans join me in outrage over the brutal reality of war. In the past, vigiling against aggression towards Iraq, Afghanistan and Iran I have more often been yelled at and threatened. I might risk that same reaction now when I ask that people take a broader view of war and peace in the world.

Watching another military conflict unfold is heartbreaking but it has only deepened my belief in nonviolence as the only reasonable way to resolve our problems, using diplomatic solutions instead of weapons shipments.  As we watch the destruction of much of Ukraine and live under the growing possibility that escalation of this conflict will lead to a nuclear war the futility and tragedy of war seems increasingly apparent.

If you have not been following foreign relations closely for decades, Russia’s attack on Ukraine may be shocking and confusing.  For those of us who have been engaged on these issues, it is tragic but makes sense in the context of politics and power in the world. While an invasion cannot be justified the world must understand that Russia has legitimate security concerns that need to be heard during negotiations to end the conflict.

I believe we are, in fact, especially responsible for our own country’s behavior, which includes 20 years of the War on Terror, withdrawing from treaties, updating our nuclear arsenal, refusing to support the International Criminal Court (ICC), and pushing for the expansion of NATO.

None of this excuses another country’s aggression, and I support bringing all leaders who initiate violence against any country to the ICC.  But understanding is imperative to finding solutions and to avoiding further tragedy. If what we have been doing has not been creating a culture of peace, can we consider changing our approach?

The US response of sending weapons, refusing to join in negotiations, and adding our bellicose rhetoric instead leads to terrible destruction for Ukraine and for the world. We have seen multiple conflicts in the world exacerbated by the influx of more firepower, including Afghanistan, a particularly relevant example. The ends do not justify the means, in fact, often the process is reflected in the results. Research now shows that stable democracies are most often birthed by nonviolent struggles.

Every conflict ends the same way.  People who feel they are bitter enemies sit down and work it out. The question is just how much bloodshed and destruction will there be between now and then. Committing to the difficult work of negotiation and peace-making is daunting but worthwhile. Here in NH we have the example of the Portsmouth Peace Treaty of 1905 to remind us of what is possible. Considered one of history’s great peace negotiations, officials and NH citizens helped to end the Russo-Japanese War, an achievement we continue to honor and can still learn from today.

In my years of working on these issues I have seen that people everywhere are more alike than different, that we can understand each other and bridge divides if we hold on to our own and each other’s humanity.  I wish I could convey the world I know is possible if we commit to moving ahead with humility, a willingness to learn, and to see all others as our equals.

As Martin Luther King, Jr. said: “It is no longer a choice, my friends, between violence and nonviolence. It is either nonviolence or nonexistence.” In these times of nuclear weapons and environmental problems, we see how intertwined our fates are.

I hope that this experience will lead to many expanding the circle of their compassion to places and people who might look and live differently than we do.  I hope that even when attention has shifted away from Ukraine, people will remember the horror of war – every war, not just this one – and support actions and policies to address the root causes of conflict and lead to a more peaceful world. 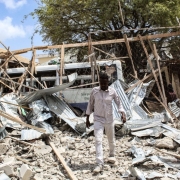 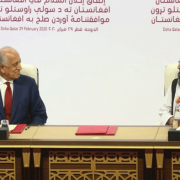 Exemptions allow US to deal with Taliban, Haqqani Network 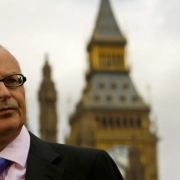 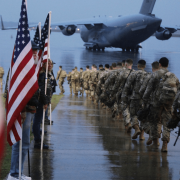 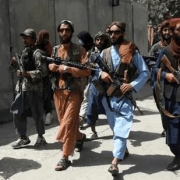 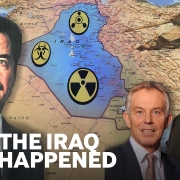 Video : The Real Story behind the US Invasion of Iraq (Truth Teller) Part 2
0 replies 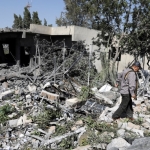 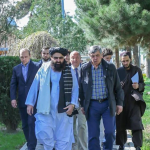