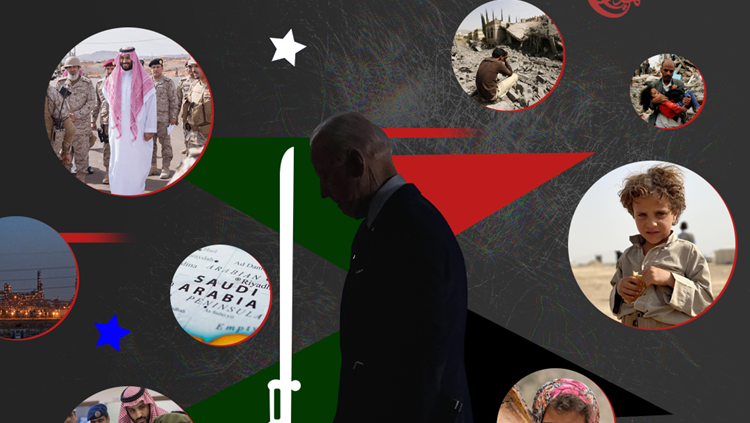 Ahead of US President Joe Biden’s visit to Saudi Arabia in a push to lower oil prices, a bipartisan group of nearly 50 members of Congress has introduced a legislation on June 1 to invoke the 1973 War Powers Resolution (WPR) to end unauthorized US military involvement in Saudi Arabia’s brutal war in Yemen.

In early 2019, majorities in both the House of Representatives and Senate for the first time in history invoked the WPR to end US involvement in the Yemen war, but Saudi Arabia relied on former President Donald Trump’s veto.

This time, some Yemenis are so skeptical of this move and don’t think the resolution is going to pass after they saw Sen. Chris Murphy -who was one of those who led the resolution to invoke WPR in 2019-  voting in favor of a $650 million missile sale to Saudi Arabia in December.

“Yemen should not trust Biden. He still supports the Saudis, provides them weapons and little opposition to their war in Yemen,” J Michael Springmann, former US diplomat to Saudi Arabia, told Al Mayadeen English.

“Biden to my knowledge still sends American commandos into Yemen and likely gives the Kingdom intelligence assistance even though that has supposedly stopped,” he added.

This year, the resolution is led in the House of Representatives by Peter DeFazio, Pramila Jayapal, Nancy Mace, and Adam Schiff. A companion version will be introduced by Senator Bernie Sanders, in the Senate when the upper chamber reconvenes.

It is reported that this new resolution would put an end to US military participation in offensive air strikes that are operationally essential to the Saudi-led military aggression against Yemen since March 2015.

This resolution has the endorsement of more than 100 organizations, which are urging members of Congress this week to support it. “This is more essential than ever to maintain momentum for the fragile two-month truce and to prevent backsliding by blocking US support for any renewed hostilities,” their letter, shared with The Intercept, says.

“This trip to Israel and Saudi Arabia — when it comes — would be in the context of significant deliverables for the American people in the Middle East region,” Karine Jean-Pierre, White House Press Secretary, told reporters.

“If he determines that it’s in the interest of the United States to engage with a foreign leader and that such an engagement can deliver results, then he’ll do so,” Jean-Pierre added.

A two-month truce between Ansar Allah and the Saudi coalition, which went into force on April 2nd, has been extended on June 2nd for another two months. It will expire on the 2nd of August.

Biden welcomed the extension of the truce in a statement. “The parties to the conflict have now extended this truce for another two months, and it’s important that we work from here to make it permanent.”

“Ending the war in Yemen has been a priority of my administration,” Biden said. “Our diplomacy will not rest until a permanent settlement is in place.”

However, Biden stressed that as he continues to support diplomacy “to de-escalate tensions” in the Middle East, he said the US “is also focused intensively on deterring threats to our friends and partners.  Our friends can rely on the United States as the security partner of choice.”

“US-Saudi relations are governed by the American need to keep oil flowing & use of the Kingdom as a stabilizing (!) force in the region,” said Springmann, pointing out that the US fears “democratic movements in the region as well as those governments which may not toe the US political line.”

The Washington Post has published a joint analysis that reveals “for the first time that the United States supported the majority of air force squadrons involved in the Saudi coalition’s years-old air campaign.”

In response to the Post‘s accusations of possible war crimes committed in Yemen using US weapons, Army Maj. Rob Lodewick, a Pentagon spokesman said “America’s alliances and partnerships are our greatest asset, and so we are committed to standing shoulder-to-shoulder with our key partners in the Middle East.”

Also, State Department spokesman Ned Price told The Post that “Both [Saudi Arabia and the United Arab Emirates] face significant threat to their territories,” noting that the Ansar Allah national resistance movement had launched hundreds of cross-border attacks on Saudi Arabia in just the last year. “We are committed to continuing to strengthen those countries’ defenses,” Price said.

Springmann told Al Mayadeen English that “All Biden has to do is order the withdrawal of US forces in Yemen & end arms deals to the Saudis.”

“Congress doesn’t need to be involved [in ending US involvement in the Yemen war].  Blocking Saudi travel to the US & refusal to send them spare military parts and ending trade with the Kingdom would end the war,” Springmann added.

Scott Bennett, former State Department Counterterrorism Analyst and US Army Psychological Warfare Officer, said “none of Joe Biden’s attention is fixed on Yemen, nor is he willing to intervene against the Saudi Arabian Kingdom, out of fear that it will further drive Saudi Arabia into closer relations with Russia.”

“Therefore the Democrats are actively planning ways to initiate a Martial Law type takeover of the American election most likely using ‘domestic terrorism’ as an excuse,” Bennett told Al Mayadeen English. “Essentially Yemen’s war has been forgotten by the Biden regime, out of political calculations that Saudi Arabia will further abandon the US dollar if Biden antagonizes them.”

Bennett added that the US is “responsible for a large degree of the abuses and war crimes that Saudi Arabia has initiated against Yemen, and indeed an international criminal case would be warranted.”

“The US has provided drone surveillance, targeting, training of pilots, and of course weapons to the Saudi Arabians in their genocide against the Yemeni people,” noted Bennett.

‘US won’t sanction KSA for aggression against Yemen’

According to the latest report by the New York Times citing a US Government Accountability Office report, it stated that the State Department and the Defense Department “have failed to assess civilian casualties caused by a Saudi-led coalition in the catastrophic war in Yemen and the use of American-made weapons in the killings.”

The report that has not been released publicly,  focused on the Saudi alliance deadly strikes in Yemen carried out “using combat jets and munitions that have been supplied and maintained largely by American companies with the approval of the State Department and the Pentagon,” according to the NYT.

“The US government refuses to take responsibility for its own war crimes, so it certainly isn’t going to admit to responsibility or culpability for Saudi crimes,” retired Lt. Col. Bill Astore, ex-professor of history at the US Air Force Academy told Al Mayadeen English in an email interview.

The Saudi coalition started to bomb Yemen in March 26 while Biden was vice president of Barak Obama. The US backed the Saudi war with all military and political support and used its media to cover up atrocities against civilians in Yemen.

According to Springmann, The War Powers Resolution/Act was designed to stop presidential misadventures by requiring the president to consult with Congress before committing American forces to combat.

“If the president does, he must consult with Congress within 48 hours. He then has 60 days to end the conflict and remove the soldiers,” Springmann told Al Mayadeen English in a Skype interview.

“In the past, Congress has not opposed violations of the Resolution. Or if it has, it has failed. I see little chance of Congress demanding that Biden get out of Yemen & end support of any kind for the Saudis,” added Springmann.

There are too many weapons makers scattered throughout congressional districts bringing jobs & political contributions, said Springmann.

“Moreover, the US media reports that the Ansar Allah are rebels backed by extremist Iran. The same media support Biden’s proxy war with Russia using the Ukraine,” Springmann noted.

In time the US is sanctioning Russia for the war in Ukraine, the US is supporting fully Saudi aggression against Yemen.

“The US won’t do this to the Saudis because it wants their support on the peninsula working with Israel & the GCC to ‘keep order’ and block Iranian influence. This includes Saudi help with dismembering Syria & keeping Iraq weak & divided,” Springmann added.

“The US sees Russia as a rival and an enemy.  The US sees Saudi Arabia as an ally and a friend,” said US retired Lt. Col. Astore. “Put differently, the US economy owes much to the petrodollar and the Saudi appetite for expensive American-made weaponry.” 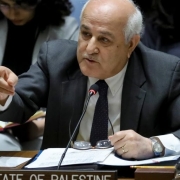 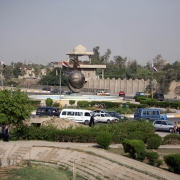 Instead of Making Peace, US and NATO Shipped 17,000 Anti-Tank Weapons To Ukraine 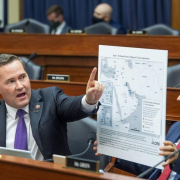 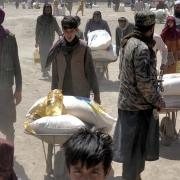 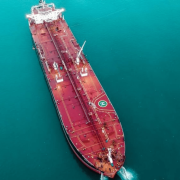 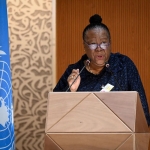 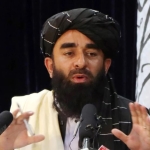