The basic pillar of the unipolar world order led by the US has been shaken in a significant way. The neo-liberal ideological vision to shape the political-social restructuring and reshaping of power relations in “Great Middle East” has spectacularly failed. The shift of the US strategic center from Europe and the Middle East to the Pacific Ocean and the South China Sea, as well as the search for new alliances to contain China’s influence, are causing many tensions and breeding hostilities in this region.

The provocative trip of Nancy Pelosi, Speaker of the US House of Representatives, to Taiwan, took place in this context. There has been an international consensus, including an endorsement by the UN Security Council on the principle of “One China” and that the People’s Republic of China is the only lawful representative of China. In fact, the starting point for normalization of diplomatic relations between China and the US was also this principle.

The People’s Republic of China has never made a secret of the fact that it never recognizes or accepts the island of Taiwan as a separately independent sovereign state under international law.

The trip of Pelosi has exacerbated tensions in the region. The peoples of the world and Asia in particular are gravely concerned about peace and stability in our region. Afghanistan recognized the People’s Republic of China in 1950 and diplomatic relations between the two countries were established in 1955. Through this decision, the millenniums-old intensive contacts between the two peoples were conceived on the basis of modern international law and good neighborhood. Since that time, the “One China” principle and the right of the People’s Republic of China as the sole representative of the Chinese people has been one of the pillars of Afghanistan’s China policy. This principle has always continued regardless of which government was in power in Kabul and will undoubtedly remain so.

In this turbulent era, peace and stability are not only the longings and desires of mankind, but also the central moral category for thought and action of the exponents of international politics.

After the end of the Cold War, we witnessed a hopeful and lively debate on how to create and ensure sustainable world peace and stability on the basis of international understanding and strengthening the role of international organizations, and how to peacefully resolve tensions and conflicts between states. This dream was destroyed by military invasions in Iraq, Libya and Syria in violation of international law.

The US intervened in Afghanistan in 2001 after the country was attacked by al-Qaeda terrorists on September 11, 2001. The Afghan people, like many other countries in the world, showed solidarity with the US. The Afghan people in its history had always defeated the invaders of the past. Three times the colonial military attacks of Great Britain were repulsed under conditions in which the UK was the biggest military power on the earth and many countries in our region were already colonized by this country.

The Soviet Union’s attempt in 1979 to occupy Afghanistan failed due to the resistance of the Afghan people, and the collapse of the Soviet empire was accelerated enormously. When the US intervened in Afghanistan in 2001, this intervention was endorsed by the decision of the UN Security Council, but also the majority of the Afghan people hoped that through this intervention Afghanistan would regain its statehood. But the result was not the hoped peace and stability, rather brutal and senseless bombings and murder of the multitude of civilians and night operations, and a war without end.

When I heard the repeated emphasis by Speaker of the US House of Representatives in Taipei about the US commitment to Taiwan being an iron-commitment, it reminded me of the very similar emphasis of the American politicians in Afghanistan.

Afghanistan signed an “Enduring Strategic Partnership Agreement” with the US in 2012, which was valid until 2024. In addition, we signed a “Bilateral Security Agreement” with the US in 2014, which was confirmed by our legislative bodies. This agreement was supposed to be valid until 2024. Afghanistan was supposedly recognized as a “Major non-NATO Ally” of the US and the US committed to provide the Afghanistan Defence and Security Forces with adequate equipment and training to be able to defend the country.

But the US, after three years of negotiations with the Taliban without the presence of the Afghan government, withdrew its soldiers and irresponsibly drew the country in chaos and thereby accelerated the collapse of state institutions. As a consequence of this policy, hundreds of thousands of our educated men and women fled, the national economy collapsed and Afghanistan became a failed state again.

Our experiences in Afghanistan are very instructive. One should not rely on alleged commitments of other countries. Taiwan residents should solve their problems peacefully with their brothers and sisters in the mainland. A common future for torn peoples, who have and should have the right to shape and determine their own political order, is much better than relying on the empty words of others, which have never been reliable. 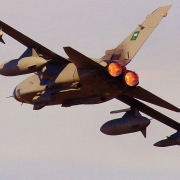 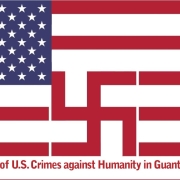 20 Years of U.S. Crimes against Humanity in Guantánamo 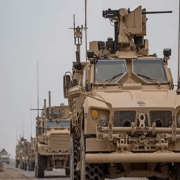 US logistics convoy comes under attack in southern Iraq 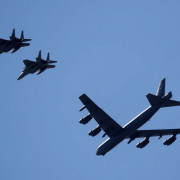 2 US bombers fly over Israel towards Persian Gulf 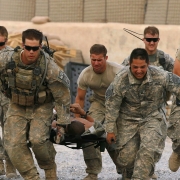 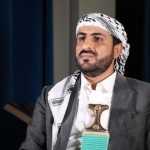 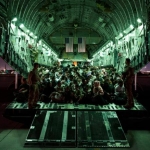