The moral sins of the past never excuse those of the present, but they do sometimes haunt us. Vladimir Putin’s ongoing and ruthless invasion of Ukraine can provide us with some moral clarity, but not necessarily to our comfort.

It should open our eyes to the tangled web, woven over decades, in which we are now ensnared. But untangling the web demands first recognizing our own role in weaving it.

We read of the enormous number of sorties and civilians killed in the past months in Ukraine with righteous indignation. Yet we ran more sorties and dropped more bombs on Iraq in the first 24 hours of our war there in 2003 than Putin did in his first month in Ukraine.

How many Iraqi civilians were displaced? How many died from concussion bombs? How many died in the subsequent months as hospitals, sewer systems, water systems and other elements of basic infrastructure were disrupted?

We say Putin is waging a war based on lies, but what of the lies that the administration of George W. Bush used to justify America’s Second Iraq War?

The 9/11 attack was perpetrated by al-Qaeda, not Iraq. Besides, the First Iraq War, carried out under the elder George H.W. Bush, had left Saddam Hussein isolated and contained.

We based the 2003 invasion on false claims about Iraq’s nuclear weapons program and 9/11 culpability. And that included the specious fixing of intelligence that Colin Powell presented to the United Nations in an effort to justify and build support for military action.

We have long refused to sign the Rome Statute authorizing the International Criminal Court. Is that because we know U.S. leaders might behave in ways that would land them in it?

We are a signatory to the UN Charter, which strictly forbids wars of “unprovoked aggression.” That label clearly fits our 2003 Iraq invasion, a war that directly and indirectly claimed 900,000 lives, according to relatively conservative estimates.

I don’t seek to excuse Putin by highlighting actions of the Bush the younger. I think they both belong in the dock in The Hague.

However, our moral clout against Russia would now be more robust had we not killed hundreds of thousands in a war based on lies — lies that exploited Americans’ heightened fears after 9/11 to support long wars, enormous suffering and needless hemorrhaging of national resources.

Why the western apathy? Why do American officials get a free pass when others don’t in like circumstances? Deeply embedded western racism is part of it.

The lives of Iraqis, Syrians and Afghanis simply do not matter the way those of white Europeans do. That’s how Putin earlier managed to destroy one of the world’s most beautiful and historic cities in Syria — Aleppo — without the West realizing what had been lost.

The West let Putin walk on Aleppo because it has an ingrained cultural pattern of exempting the privileged for acts against the unprivileged. You face more consequences for driving 38 in a 25 zone than illegally destroying a country of 25 million, as long as you pick the right country.

In fact, the 9/11 attack and our subsequent wars in Iraq and Afghanistan all  stemmed from the First Iraq War. That one was waged in no small part out of a fear of control over fossil fuel in Kuwait — not our supply so much as that of our allies, and the impact its cutoff figured to inflict on western economies.

The war broke out three years after I spent the miserably hot summer of 1988 in Boston, reading for the first time about global warming. But we had already decided well before then that we weren’t going to take meaningful action. The fix was already in.

I remember when Jimmy Carter had solar panels installed at the White House.

Amid the oil crisis of the 1970s, we briefly cared about energy conservation and security. But Carter was mocked for the solar action, and in response, Ronald Reagan made over-consumption and environmental destruction bulwarks of conservative identity.

The U.S. can produce all the oil it wants here at home, but if other countries cease pumping, global prices will still rise. Because economies are now so interconnected, if any one ceases production, prices go up.

But sometimes the behavior of the western producers isn’t any better. All seem open to sacrificing our children’s futures on the altar of shareholder dividends.

Europeans shoulder blame, as well, for drawing from the poisoned wells of repressive fossil fuel states.

For all their alleged sophistication, how foolish is it to depend for your energy supplies on a gangster whose inveterate thuggishness includes war, assassination and dictatorship? Don’t ask what the Germans were thinking, because they clearly weren’t.

U.S. consumers aid and abet this by continuing to favor large inefficient vehicles, even as they lament painfully high gas prices. Now, it seems, half the American electorate has decided to obtain an equity card and join the bad actors guild.

Putin weighed Trump’s four-year run as president, along with the ensuing Jan. 6 insurrection, which was excused if not cheered by much of the Republican Party. He concluded American democracy was moribund, leaving Ukraine ripe for the picking.

And why not? Putin’s assessment of our republic’s malaise may not be that far off. Remember, Trump initially praised Putin’s Ukraine invasion as “brilliant,” and 30 GOP senators voted against a Ukraine aid package.

So here we sit, with a story like the ramblings of the guy at the end of the bar who long since should have been cut off. Two nuclear powers standing off for the foreseeable future because we didn’t care enough about our children to find some means to divest, wrest, or entice nuclear weapons from thugs.

Amid all this, we have conservatives incoherently babbling about non-issues like critical race theory and LGBTQ themes in books.

As a college student in the fall of 1988, alarmed by emerging reports on the climate, I recall expressing hope to my Greek professor that we would take some action. He responded cynically but presciently:

“We are not going to do anything,” he said. “We are just going to stumble on until one day we wake up and … ”

That is where he broke off, intentionally leaving me to fill in the rest of the story. I’m sorry to say, I just did. 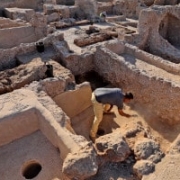 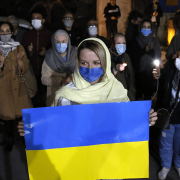 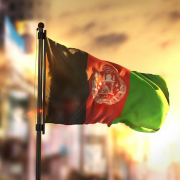 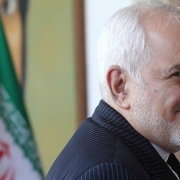 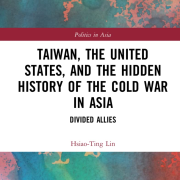 Taiwan, the United States, and the Hidden History of the Cold War in Asia: Divided Allies (Politics in Asia) 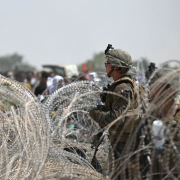 Afghanistan Withdrawal to Be Subject of State Department Investigation
0 replies 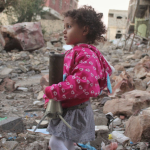