Israeli journalists have flocked to Doha this month to cover the World Cup, with some turning it into a mission to make the Arab public “speak to Israel”. But in frequent interactions captured via social media, fans have politely declined the offer in different ways.

Some have refused to engage in conversation; others have indicated their commitment to the Palestinian cause; and others have simply walked away upon realising the reporter was from Israel.

The politics of recognition animates the Israeli “journalistic mission” in Qatar and elsewhere. These journalists, like much of the Israeli public and western media, appear to have convinced themselves that Palestine and Palestinians have disappeared from the Arab consciousness amid shifting geopolitics throughout the Arab world.

For Israeli and western pundits, these geopolitical changes have represented a mini-version of the end of history in the Middle East. They generally take the presumed “disappearance” of Palestinians as a positive factor that enabled the so-called Abraham Accords and the normalisation of diplomatic relations between Israel and four Arab states in 2020.

Perhaps there is no better occasion to reap the fruits of normalisation than at a World Cup hosted by an Arab state that has temporarily permitted the Israeli media to freely travel to and report from Qatar, even though it has no official ties with Israel. Some Israeli journalists have apparently taken it upon themselves to show that it was not just Arab regimes who reconciled with – or rather, capitulated to – the Zionist colonial project, but also the Arab people.

In this sense, the act of “speaking to Israel” is interpreted as a form of recognition, or at least a powerful indication of edging closer towards the vanishing endpoint of settler-colonialism in Palestine. The endpoint requires the legitimation of Israel’s sovereignty from the Jordan River to the Mediterranean Sea, and the displacement of the indigenous population.

They found the opposite in Qatar. While Israel has obtained the recognition of some Arab regimes, including the Palestine Liberation Organisation, it has utterly failed to elicit recognition from Arab publics.

“Speaking to Israel” in this context is intended to obtain popular recognition that would legitimise and normalise the Israeli settler-colonial structure, which continues to dispossess Palestinians. Thus, in refusing to speak, Arab citizens are sending a straightforward message to those in power in the Middle East and in the West, that they are against normalisation without justice – regardless of how many “peace” agreements Israel signs with Arab regimes.

Instead of “speaking”, Arab fans have held up a mirror in front of Israeli cameras, reminding viewers of what they have doggedly attempted to forget: Palestine. This reminds Israeli journalists and their audiences of settler-colonialism, ethnic cleansing, occupation, Palestinian refugees and the ongoing Nakba (catastrophe) since 1948. Morocco football fans alluded to this during the World Cup by unfurling a “Free Palestine” banner in the 48th minute of the Morocco-Belgium match.

What is surprising is the Israeli shock upon seeing reflections of the fact that the outrage over Israel’s violence and construction on stolen Palestinian land has not faded, despite the passage of time.

This is the same colonial reality that Al Jazeera journalist Shireen Abu Akleh indefatigably showed the world, until an Israeli sniper shot her dead this past May, a killing that was caught on camera. It is also no accident that one year earlier, in May 2021, Israel obliterated Gaza’s media tower, which had housed several international news agencies reporting from the besieged enclave.

Like the football fans in Qatar, Abu Akleh and her fellow journalists in the West Bank, Gaza, Jerusalem and elsewhere have held up mirrors, reflecting the ugly image of Israeli colonialism, which Arab peoples have neither forgotten nor forgiven. While Abu Akleh was killed and the world can no longer see the reflection of Israel through her camera, it has not been possible to subdue fans’ messages in Qatar.

Consequently, some Israeli journalists appear to have turned to the victimhood narrative to deflect the disturbing image of the settler, which requires creativity and self-deception. It is remarkable how quickly some have resorted to the Zionist playbook, featuring their failure to obtain any “good words” about Israel as a manifestation of Arab and Muslim hatred and a desire to “obliterate [Israelis] from the face of the earth”.

Not just in Israel, but across the entire Euro-settler-colonial world, a sense of victimhood among settlers is a vehicle to claim innocence, which floats in a contorted consciousness that constitutes the abnormal and unjust as the normal and just.

In this view, Israel is just another “normal” state – if not the only civilised and human-rights-abiding state in the Middle East, never mind the fact that it has crossed the threshold of apartheid, according to Human Rights Watch – that has “normalised” relations with several Arab states, and one that Arabs should admire, befriend and look up to.

For this imagined normality to make sense, Israelis must live the Zionist myth of the land without a people for a people without a land. Thus, they must actively forget that Palestinians do indeed exist, even after a century of Zionist settler-colonial dispossession and elimination. The irony of disremembering and dismembering Palestinians is that it makes them more present.

The Black civil rights movement in the US propagated the maxim of speaking truth to power in the fight against racial segregation and injustice. But what if speaking itself can be turned into a vehicle for disempowerment and dispossession?

In trying to have the Arab people talk to Israel, journalists have sought popular recognition that would bestow normative legitimacy on Israeli apartheid and injustice. To refuse to speak is an act of resistance. It is paradoxically speaking truth to the power of Arab regimes, Israel and the rest of the world.

The views expressed in this article belong to the author and do not necessarily reflect the editorial policy of Middle East Eye. 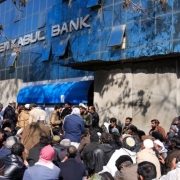 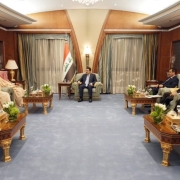 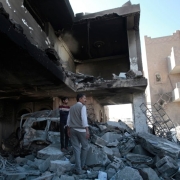 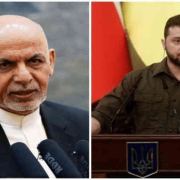 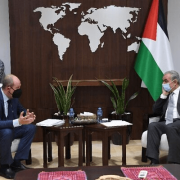 In The Name of Democracy: The Casualties of Major USA Wars 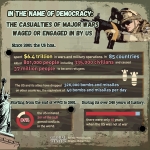 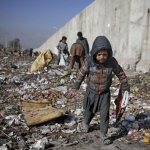