There are a host of reasons, backed by historical examples, why sending more and more advanced weapons into Ukraine will not be a panacea. In fact, sending them might boomerang against the U.S. at some point. This is an argument for caution, as it looks like the West is willing to send more of its most sophisticated equipment into Ukraine to “win the peace.”

Among those who support such an increase are Iraq War architect Condoleezza Rice and former Bush and Obama Defense Secretary Robert Gates. In a recent Washington Post op-ed, the pair wrote, “Time is Not on Ukraine’s side” and Ukraine is losing its war with Russia. For Americans, it is time to act “with a sense of urgency.”

There is enormous pressure to give Ukraine more advanced weapons that, until now, the Biden administration has been unwilling to send. Given the course of history, it would be foolish not to acknowledge that opening a pipeline of weapons — particularly our best — invites a number of risks and realities. Plus, so many other factors, like enemy adaptability, can outweigh the advantage of superior technology.

We should be aware of the lessons. While they are not analogous, recent U.S. military combat experiences in Iraq and Afghanistan should be informative.

1.) The history of warfare teaches that technological advantages are temporary and last until an adversary makes adjustments to mitigate them. The U.S. war in Iraq is not only a case study of how U.S. adversaries adapt their tactics to negate American technology, but also how arming proxies can “boomerang.”

The Iraq war famously began with “Shock and Awe” in March 2003. With U.S. military and technical prowess on display, this conventional campaign delivered Baghdad to U.S. troops in less than a month. However, Iraqis were not done fighting. Having been soundly defeated in the open, they transitioned to guerrilla warfare, making the narrow streets of densely populated cities the new battlespace.

In places such as Fallujah, Ramadi, and Baghdad, Iraqi insurgents canalized the greatest maneuver force in the world into narrow streets littered with improvised explosive devices, commonly known as “roadside bombs.” IEDs represented perhaps the most impactful adaptation of the war. Often consisting of artillery shells and harmless household items such as a cell phone, or garage door opener, they accounted for 60 percent of U.S. fatalities in Iraq.

While the initial invasion of Iraq came at a cost of less than 150 American lives, by the time President Obama completed the U.S. withdrawal from Iraq in 2011, nearly 4,500 Americans had been slain in grinding urban combat with an insurgency that leaders said would not happen.

However, it was about to get even worse. In 2014 the Islamic State, a conglomeration of disaffected Iraqi Sunni tribesman working in concert with al-Qaida in Iraq, emerged and seized Fallujah primarily with American equipment intended for Iraqi Security Forces. In 2015 the group then seized Ramadi and a cache of American-made weapons that would drive the rapid expansion of the Islamic State.

ISIS then used 2,300 Humvees, 52 M198 Howitzers, 74,000 machine guns, 40 M1A1 Abrams tanks, and other American-made systems to buttress a “Caliphate” which at its peak encompassed roughly one-third of Syria and 40 percent of Iraq. It took a reintroduction of U.S. troops into Iraq and thousands of airstrikes over multiple years to subdue the group and return captured territory.

2.) While it is undeniable that the Taliban made effective tactical adjustments to U.S. forces during the war in Afghanistan, it is more important to consider how extended exposure to U.S. technology led to it being both compromised and used against us.

In 2011, Iran captured and then reverse-engineered a CIA RQ-170 Sentinel drone. However, according to an Iranian Engineer, this did not happen by luck. Instead, Iranians reverse-engineered less capable drones over multiple years until they found a weak point, the GPS. Iran then tricked the drone into landing unscathed on an Iranian airfield.

The Sentinel episode followed a 2009 incident in which Shiite militants in Iraq with ties to Iran were found in possession of live Predator Drone feeds. The militants had managed to access the feed through cheap, publicly available software.

It is vital to understand that at the time, the Predator and Sentinel were considered “state of the art.” Yet, both were compromised by a foreign adversary after exposure on the battlefield. Iran is now sending Russia drones to attack Ukrainians on the battlefield today.

Moreover, it is well documented that as the Afghan government collapsed in 2021, the Taliban captured at least $7 billion worth of U.S. equipment, some of which has made its way into the hands of Iranians. At the same time, the Taliban has also promised to share the spoils with Beijing. It is important to keep this in mind as the next batch of sophisticated weaponry is sent to Ukraine.

Presenting further risk is Ukraine’s detailed history of arms diversion and corruption before the war, while the sheer instability of the country creates further vulnerabilities for our arms supplies. The U.S. government insists it is monitoring this, though watchdogs warn there is not enough oversight yet to ensure these weapons will not someday get into the wrong hands.

Within the next few months, Patriot missile batteries and Bradley Fighting Vehicles will be delivered to Ukraine. Additionally, Great Britain has promised 14 Challenger 2 tanks and enough mechanized equipment to outfit a brigade. London hopes that Ukraine will use this delivery as the core of a 2023 Spring counter-offensive by Ukraine. Whether this happens and what the result will be is to be determined.

Something to keep in mind is how easily conventional armies can adapt.

In 2022, Ukraine took possession of at least 20 U.S. HIMARS multiple rocket launcher systems, a technology only previously shared with NATO allies. Additionally, the advanced rocket artillery system is a pillar of the Marine Corps Force Design 2030 Concept, centered on defending the littorals in the Pacific from potential Chinese encroachment.

Additionally, in 2022, the U.S. Army requested $1 billion in funding for precision missiles, fired primarily from HIMARS, for use in the Pacific. It would be naive to think that the Russians would not share their experience contending with HIMARS with China, with which it engages in military drills on a regular basis now. Such a development could severely degrade vital elements of the new Pacific strategy, such as MCFD 2030, before it is even fully implemented.

Besides that, analysis from the Foreign Policy Research Institute states that Russia has already adapted to the presence of HIMARS and may already have enough information to have the edge over the system.

According to the report from Rob Lee and Michael Kofman, despite HIMARS having an immediate impact on the battlefield, Russian forces adapted within weeks, significantly reducing its effectiveness. While detailing Russian adaptations, Lee and Kofman wrote, “…the overall effect of HIMARS may be overstated, and its impact leveled off after the first two months of use on the battlefield.”

The war in Ukraine has understandably evoked strong emotions. However, we should not let this convince us that flooding Ukraine with even more advanced weaponry is a panacea for the conflict. Further, we would be wise to remember how similar policies in Afghanistan and Iraq sent the boomerang careening back at us.

Will this latest batch of weapons headed to Ukraine finally win the peace? While this is possible, do we fully understand what we are giving up to do so? As history shows, no matter how advanced a weapon is, someone will eventually figure out a way to counter it.

Next Rounds of Talks Should be Held in Afghanistan 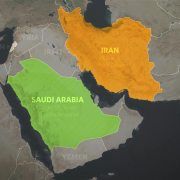 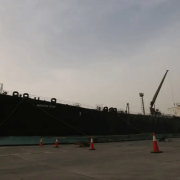 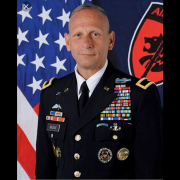 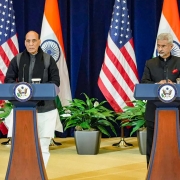 Three children killed in Yemen as coalition steps up escalation 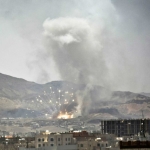 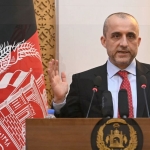 Pompeo’s book full of lies, Afghanistan not an obstacle to peace: Former Afghan...
Scroll to top