Analysts say ending offensive support for Saudi-led coalition is important step, but questions linger over specifics of new US policy. Following last week’s announcement by US President Joe Biden to end offensive American support for the Saudi-led coalition in Yemen, a number of questions have arisen as to what an end to such assistance will look like and how it will ultimately affect the war.

“We’re ending all American support for offensive operations in the war in Yemen, including relevant arm sales,” Biden said on 4 February.

The US president also expressed support for UN efforts to secure a ceasefire in Yemen and promised to increase its US humanitarian aid and diplomatic action to end the five-year conflict.
Still, despite the announcement, the specifics of the new US position remain unclear.
What are “offensive operations” and the weapons relevant to them? And with the US administration reasserting America’s commitment to the kingdom’s security, how far would that support go in relation to the conflict in Yemen?
“We really just need more clarity, and what’s needed is answers from the DoD [Department of Defense] and the State Department,” said Hassan El-Tayyab, legislative manager on Middle East policy at the Friends Committee on National Legislation.

Biden’s announcement came after years of pressure by activists and progressive legislators who have been rallying against the war.
As a presidential candidate, Biden had committed to ending US assistance to the Saudi-led coalition amid growing anger against the kingdom in Washington.
Many of the war’s critics were pleased with Biden’s announcement to end weapons sales “relevant” to Saudi Arabia’s offensive operations in Yemen.

Nabeel Khoury, a former US diplomat who served in Yemen from 2004 to 2007, said bombs that could be used in Yemen appear to be part of the “relevant” arms sales that Biden intends on halting.
In January, the US paused the sale of munitions to the kingdom approved during the last weeks of the administration of Donald Trump.
The withdrawal of US logistics support deals a blow to the kingdom’s war effort, which is already struggling to make advances against the Houthis, Khoury said.
“If the Saudis make a decision to continue regardless of what the US action is, then they would have to get supplies from somewhere else. It is possible but complicated because to supply American jets, you need American ammunition and American equipment,” he told MEE.
Seth Binder, advocacy officer at the Project on Middle East Democracy (Pomed), echoed Khoury’s remarks, saying that running low on munitions may derail the kingdom’s war efforts.
“They certainly have a stockpile of arms that they could carry on for a little bit. But essentially, if they know they’re not getting resupplied by the US, that will affect how they carry out operations,” Binder told MEE.
Moreover, some parts, while seemingly minuscule, are vital to the functioning of the weaponry.

“If [the Saudi and UAE-led coalition] didn’t have the steady flow of these spare parts, and this maintenance and technical support, they couldn’t keep this war going,” Tayyab said.
Still, the language used in the announcement raises questions about what kind of weapons sales will be allowed to proceed under the new guidelines, considering that some weapons could be considered as both “offensive” and “defensive” in nature.
“The Biden administration’s use of the word ‘offensive’ military operations appears intentionally vague, in order to give the US room to manoeuvre in the future,” Annelle Sheline, a research fellow at the Quincy Institute for Responsible Statecraft, told MEE.
“Many weapons systems are not easily qualified as definitely offensive or defensive, so the US could sell what it considers a defensive weapon that the Saudis use for offensive purposes.” 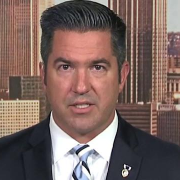 Parnell says Biden’s characterization of Afgan withdrawal as a success is ‘slap in the face’ to those who have served the U.S. 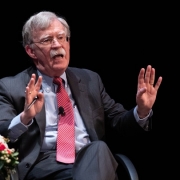 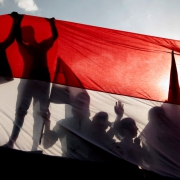 Biden has blood on his hands today, lives were sacrificed for political spin 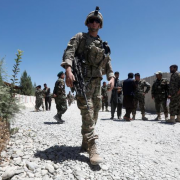 Will Biden follow through on Trump’s plan to pull remaining troops from Afghanistan? 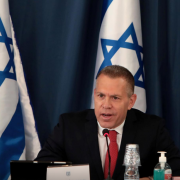 Taliban Has Shown No Will for Peace, Mohib Says 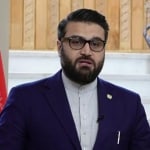 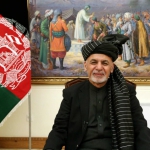