by : By Thomas Gibbons-Neff and Taimoor Shah , The New York Times

The Taliban have positioned themselves around several major population centers, including the capital of Kandahar Province, as the Biden administration weighs whether to withdraw or to stay.
PANJWAI, Afghanistan — The Taliban have been encroaching on key cities around Afghanistan for months, threatening to drive the country to its breaking point and push the Biden administration into a no-win situation just as the United States’ longest war is supposed to be coming to an end.

Around the northern city of Kunduz, despite the winter’s fierce cold, the Taliban have taken outposts and military bases, using small armed drones to terrorize Afghan troops. In neighboring Pul-i-Khumri, they have seized important highways in a stranglehold of the city, threatening main lifelines to Kabul, the country’s capital.

And in the city of Kandahar, a bedrock of historic and political importance and an economic hub for the country’s south, Taliban fighters have pummeled the surrounding districts, and moved closer to taking the provincial capital than they have in more than a decade.

The Taliban’s brazen offensive has put the Biden administration into a dangerous political bind. Under the deal struck by President Donald J. Trump with the Taliban last year, all foreign troops — including the remaining 2,500 American service members who support Afghanistan’s beleaguered army and security forces — are scheduled to withdraw by May 1, leaving the country in an especially precarious state.

If the Biden administration honors the withdrawal date, officials and analysts fear the Taliban could overwhelm what’s left of the Afghan security forces and take control of major cities like Kandahar in a push for a complete military victory or a broad surrender by the Afghan government in the ongoing peace negotiations.
But if the United States delays its withdrawal deadline, as a congressionally appointed panel recommended on Feb. 3, the Taliban would most likely consider the 2020 deal with the United States void, which could lead to renewed attacks on American and NATO troops, and potentially draw the United States deeper into the war to defend Afghan forces, whom the Taliban could still retaliate vigorously against.

“The threat of Taliban military victories, especially in an area as symbolic and strategic as Kandahar, makes it difficult for the Biden administration to swallow the risks of finalizing a troop withdrawal,” said Andrew Watkins, a senior analyst on Afghanistan for the International Crisis Group, a Brussels-based conflict resolution organization. “Pulling out might be politically impossible if Kandahar was on the nightly news.”

In Panjwai, a district that neighbors Kandahar city, the low thud of artillery punctuated a recent warm winter afternoon, signaling the Taliban’s proximity to its populated center.

At the edge of the district, a lone police outpost sandbagged into the rock overlooked what was now Taliban territory. One officer’s head was bandaged from a roadside bomb blast, another wore a gauze sling under his uniform, propping up a shoulder wounded from a sniper’s bullet.

“They are still working here; we can’t replace them, because we don’t have enough forces,” said Safiullah Khan, the police officer in charge. “Our commanders steal from our fuel, food and our supply.”

During an offensive in the fall, the Taliban took swaths of territory and then mostly held their ground despite attempts by the Afghan security forces and U.S. airstrikes to dislodge them.

Taliban commanders told tribal officials in the district that the insurgent group deliberately stopped short of taking Panjwai, said Haji Mahmood Noor, the district’s mayor, because they were told to wait and see how the next phase of peace negotiations played out.

“When the trees turn green the situation will get worse,” Mr. Noor said, referring to the spring, when the Taliban can move more at ease under the cover of blooming foliage.

Panjwai’s near collapse and the growing threat to Kandahar city are partially the consequence of the death in 2018 of Gen. Abdul Raziq, who had been the province’s police chief since 2011. Known for settling disputes with threats and bloody retribution, and accused of many human-rights abuses, General Raziq also used his close relationship with the U.S. military, to keep Kandahar Province mostly secure for years.

After General Raziq’s death at the hands of a Taliban infiltrator, his brother, Gen. Tadeen Khan, was made a general overnight and took over as police chief, but his lack of military experience meant he was largely disconnected and absent from his duties. As his officers taxed and abused their residents with little oversight, the Taliban forged alliances with local tribal leadership and paid low-level police officers to abandon their posts before their fall offensive, local and provincial officials said.

When the Taliban pushed into the districts around Kandahar, the police put up very little fight. Many outposts were already barely staffed, Mr. Noor and other local officials said. Some Afghan government officials disputed that accusation, saying they retreated in fear. Others said they didn’t know why they retreated at all.

General Tadeen rejected any accusations of corruption and abuse and denied that his police forces were withering around Kandahar.

“The Taliban do not have more power,” he said, from his well-guarded compound in Kandahar city. “The Afghan forces can defend themselves.”

The deteriorating situation in Kandahar is a broader reflection of security around the country. The Taliban have spent the past months capturing military bases and police outposts and installing highway checkpoints near capital cities in provinces such as Helmand and Uruzgan in the south, and Kunduz and Baghlan in the north.

Though Taliban tactics vary from region to region, the outcomes are usually the same: increased taxation on highways, plummeting morale among the Afghan security forces with dwindling U.S. support and growing fear among those living in once-secure areas.

The Taliban’s aim is to force the Afghan government into complying with their terms of peace. In Qatar, Taliban leaders have demanded the release of around 7,000 more prisoners and the establishment of an interim government, two requests that Ashraf Ghani, Afghanistan’s president, has so far refused.

“The Taliban seem to believe that applying this pressure, staging their fighters to potentially strike Kandahar and other urban centers, will pressure the U.S. to withdraw, or else,” Mr. Watkins said. “The strategic logic might have the opposite effect.”

To prepare for a possible multipronged attack should the United States stay beyond the May 1 deadline, the Pentagon has requested additional military options — including an increase of U.S. troops or a commitment of more air support from U.S. Central Command, which oversees operations in the Middle East and Afghanistan, according to two U.S. officials. Whether these requests will be granted depends on the Biden administration’s next move, which is expected to be announced in coming weeks upon completing a review of the current agreement in place with the Taliban.

The unrest has already delayed the handover of Kandahar Airfield, a sprawling American base east of the capital, to Afghan forces in recent months. For now, a small detachment of U.S. and NATO troops remain to support the struggling Afghan forces, according to a U.S. military official.

With the police force mostly in ruin, the Afghan army and commandos have moved into Kandahar, beginning operations in November to retake territory that was then retaken by the Taliban. Commando officers said their forces had been exhausted by frequent orders to fill in for their police counterparts.

In nearby Arghandab District, the site of the Taliban’s northern offensive on Kandahar city, army leaders and police officers say they’re severely understaffed and their pleas for support have gone unheeded by officials in Kabul.

One outpost was using two armored vehicles likely left over from the 1980s Soviet invasion to defend against Taliban positions on the river banks below.

In December, nearly 200 checkpoints in Kandahar were abandoned by the Afghan army, according to a U.S. government watchdog report released Feb. 1. The collapse of some military bases in the fall afforded the Taliban troves of military equipment and ammunition, including several pieces of heavy artillery.
A combined police and army outpost, with two Russian armored vehicles, overlooking the Arghandab valley.
Afghan security forces are also contending with portions of a populace that have more faith in the Taliban than in the government. In capturing new territory, the Taliban installed their own administrative services, explained Lal Mohammad, 23, a wheat and grape farmer who now lives behind the Taliban’s front line in Panjwai.

“People like it,” Mr. Mohammad said, adding that he just wants someone to take over Kandahar so people can get back to their lives.

These sentiments are common in more rural areas of Afghanistan. But the Afghan government’s incompetence and widespread corruption have brought that attitude to the doorstep of one of the country’s most populated cities. 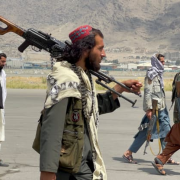 US Not Ready To Provide Financial Aid to Afghanistan via Taliban: Sullivan 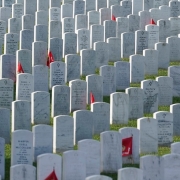 The Taliban is using bomber drones as a psychological weapon

Britain’s Decision to Work with Taliban Is ‘Kick in the Head’, Says Afghanistan’s First Female Mayor

Our Military didn’t Lose the War in Afghanistan, Our Politicians did
0 replies

Israel hints it may not engage Biden on Iran nuclear strategy 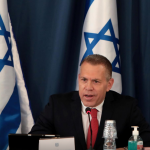 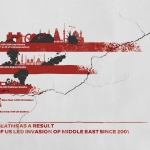