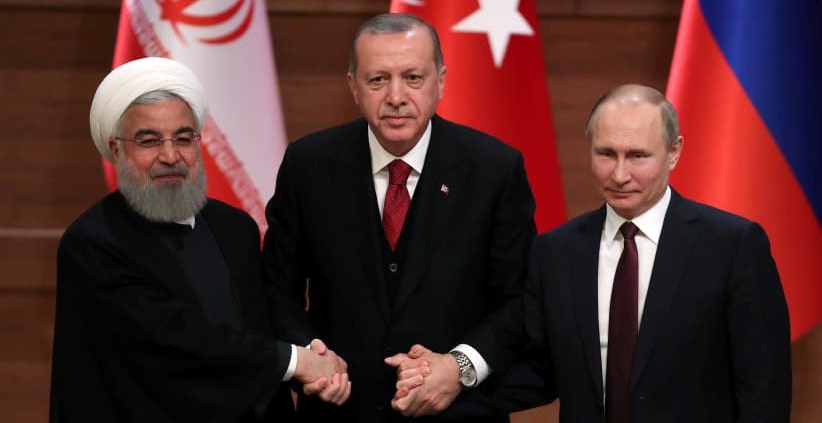 For years, Turkey would say one thing to Moscow and Tehran while telling Washington’s Iran hawks that Turkey was “against Russia and Iran.”

Iran’s Foreign Minister Javad Zarif was very content during a trip to Turkey on Friday. He said it was productive and smiled alongside his Turkish counterpart Mevlut Cavusoglu. He said it was a “wonderful” trip where he spoke with his “brother Cavusoglu.”The trip signals the growing alliance that Turkey and Iran have in the region.https://d-11982585383206101379.ampproject.net/2103060631004/frame.htmlZarif said: “As before, constructive engagement on bilateral and regional issues. Ultimate aim: Apply Iran and Turkey’s experience of 400 years of peace to our region. Together, anything is possible.”Meanwhile Turkish President Recep Tayyip Erdogan took Russia’s side in a growing spat with the US, slamming President Joe Biden who is widely hated by Turkey’s ruling party.

e claimed that Biden’s recent comments about Russian President Vladimir Putin were unacceptable and “not fitting of a president.”This isn’t just because of the tone of Biden’s comments, in which Biden called Putin a “killer.” Turkey’s president and regime often lashes out at other countries and leaders, belittling and threatening them with insults.The messaging from Ankara is that Russia and Turkey are growing together as allies and partners. They work together in Syria, Libya and the Caucasus; their goal is to supplant US influence and divide up many areas of the Middle East between themselves.They seek to control violence in these areas. For instance, Turkey got the Syrian rebels, who were fighting the Russian-backed Syrian regime, to change their course and fight Kurds so the Syrian regime could prosper. Then Turkey shipped the rebels to fight elsewhere to weaken the rebellion. Ten years after the start of the Syrian conflict, it is mostly Turkey that is responsible for sidelining the rebellion.Now, enter Iran.Iran, Turkey and Russia have worked together in the Astana process since 2017 to manage Syria – and they exclude the US. Zarif’s trip to Istanbul is just one of many in which Turkish and Iranian counterparts work together and demonstrate their warm connections.

key wants more trade with Iran via rail links and also wants to work with Tehran in other ways. From Russia, Ankara wants more S-400s and military hardware.Turkish media illustrated how the relations are growing. Turkish daily Hurriyet reported that “Hakan Fidan, the head of Turkey’s National Intelligence Organization, also attended the meeting, sources from the Foreign Ministry said on condition of anonymity.”A recent deal between Baghdad and Erbil for the security of the Sinjar province and intensified dialogue between Turkey and Iraq is aimed at curbing the PKK’s (Kurdistan Workers Party) influence in a wider region in northern Iraq and eastern Syria.MEANWHILE, Turkey, Russia and Qatar issued a joint statement last week following talks between their foreign ministers in Doha, vowing to “defend Syria’s territorial integrity in accordance with the UN Charter,” the report notes.Iran welcomes “any initiative that eases the pain of Syrian people and achieves stability and peace in this country,” Iranian Foreign Ministry spokesperson Saeed Khatibzadeh said, stressing that the Astana talks among Ankara, Moscow and Tehran were one of the most successful initiatives to put an end to the Syrian conflict.

A month ago there were rumors that Turkey and Iran might clash in Iraq, but now it appears that the countries have put aside any differences there as well. Turkey wants Iran to help it fight Kurds, which it alleges are part of the PKK.Ankara is trying to ban opposition parties by labeling them “terrorists” linked to the PKK. The US has expressed concern, but Turkey hopes it can model its authoritarian regime on Russia and Iran. It is learning from Russia how to deal with dissidents – like how Russia dealt with Alexei Navalny.For many years, Ankara would say one thing to Moscow and Tehran about partnership while telling Washington’s Iran hawks that it was “against Russia and Iran.”Turkey would mobilize its strong DC lobbyists to push narratives from how Ankara was “fighting terrorism” to how it was challenging Russia and Iran “geopolitically.”However, the reality was that Turkey was always working closely with Russia and Iran. It invented an imaginary “terrorist” threat from the Kurdish region of Afrin in 2018 to justify an invasion. It even pretended to be fighting ISIS when it was allowing ISIS families to transit from Raqqa to Idlib.ISIS leader Abu Bakr al-Baghdadi was found a few hundred meters from the Turkish border in Idlib. Turkey’s use of its lobbyists to claim it was confronting Iran was only a talking point for the Trump administration.Even after the administration left, some of those who were close to Turkey continued to push this narrative. But even Turkey is now claiming to distance itself from some Muslim Brotherhood extremist activists in a bid to try to patch things up with Arab states in the region.This is the long-term goal of Turkey in finding an accommodation with states in the region and bringing together its alliance with Iran and Russia to legitimize its continued occupation of parts of Syria and bases in Iraq. 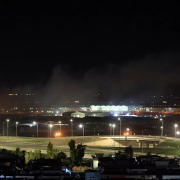 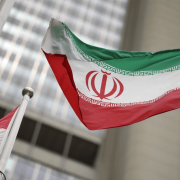 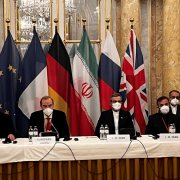 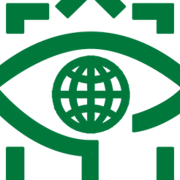 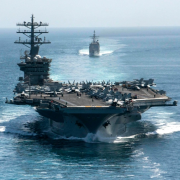 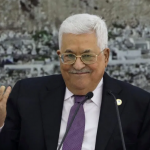 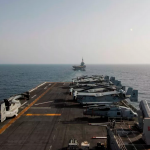