Six years on, the Saudi crown prince, who failed to score a quick victory, is left alone to beg the Houthis to accept his peace proposal

This week, Saudi Arabia announced an initiative to end the Yemen war and implement a nationwide ceasefire. The move was met with rejection by the Ansar Allah group, known as the Houthis, the main protagonists on the other side of this six-year-old conflict.
The proposal, according to the Houthis, didn’t promise the total lifting of the blockade imposed by the Saudis on Sanaa international airport and Hodeidah port, which, with Saleef port, handle about 80 percent of Yemen’s imports including staples and fuel.
The Houthis are now on the offensive and are unlikely to retreat or surrender. It is most likely that they will continue their offensive in Marib and sweep the shrinking territories and fragile authority of the Riyadh-based exiled President Abd Rabbuh Mansour Hadi.
On Wednesday, Jawad Zarif, the Iranian foreign minister, said Iran backed a peace plan that would end the blockade and violence.
A weak position
Saudi Arabia’s announcement is triggered by its weak position following the collapse of the Arab coalition that supported its campaign and the vanishing international consent over this treacherous war on its southern borders.
Internationally, since 2015, the US under the Obama administration gave the Saudis the green light to start air strikes against Yemen. They swept the capital in September 2014 and later extended their control over most of the Yemeni population. Under the pretext of confronting Iranian expansion in this strategic part of the Arabian Peninsula, Saudi Arabia launched the Yemen war on 25 March 2015.

Later, former President Donald Trump continued to support the Saudis without encouraging them to seek a diplomatic solution to resolve the conflict. With the new Biden administration in office, the Saudis find themselves without this international cover as voices in Washington made it clear that one of the new administration’s Middle East policy pillars is to end the war in Yemen and relaunch negotiation with Iran, the Houthis’ main supporter, over its nuclear programme.
Regionally, Saudi’s main ally, the UAE, pulled out of the war but still maintains a stronghold on the coast that guarantees its own maritime expansion all the way to the Horn of Africa. Its patronage over southern Yemenis had revived an old project to separate the southern coastal region from a unified Yemen.
The UAE’s intervention resulted in consolidating an independent canton, loyal to it. Saudi Arabia counted on Egypt and Pakistan but both hesitated to get involved on the ground, leaving the Saudis to fight a war without real capabilities despite its advanced airpower, thanks to a constant supply from Western governments, mainly the US and Britain

The Salman ‘doctrine’
The 2015 so-called Salman’s Doctrine, a flexing of muscles aimed at Saudi domestic audiences who are sceptical about the rise of King Salman’s son, Mohammad, to the highest positions in government, has stumbled in Yemen.
MBS failed to achieve this. Instead, he is left alone to beg the Houthis to accept his peace proposal, which falls short of alleviating the plight of the Yemenis and their aspiration to end the civil war.
This civil war was not inevitable but foreign military intervention by both Saudi Arabia and the UAE did not revive the project of a unified and democratic Yemen, nor affirmed the prospects for two stable Yemens – one in the north and one in the south – as historically has been the case.
Foreign intervention and air strikes gave rise to several cantons and militias controlling vast regions, competing and cooperating at the same time to render any unified Yemen almost impossible, let alone a meaningful future of coexistence under the umbrella of a democratic government.
A humanitarian catastrophe
Historically, Saudi Arabia favoured maintaining patronage networks with the northern Yemeni tribes whose sheikhs regularly received subsidies and handouts to keep them loyal to the Saudi royal family. In Sanaa, the Saudis supported the late President Ali Abdullah Saleh but he turned against them and forged a new alliance with the Houthis, his previous arch enemies.
Mohammed bin Salman stopped the old patronage network and opted for outright war, believing that he would become the master of Yemen and its diverse population. Consequently, in addition to Saleh, most of the northern tribes shifted their allegiance to the Houthis.
Today, Yemen faces a humanitarian and economic crisis of a magnitude unseen in previous decades. According to the United Nations, almost 16 million Yemenis live under famine conditions, with 2.5 million children suffering from malnutrition. Yemen’s poor infrastructure is destroyed to the extent of making any potential reconstruction very long and costly.
King Salman and his son will go down in history as the destroyers of a country, people and resources. Without serious effort to contribute to the reconstruction of Yemen, the country will be drawn into several decades of upheaval and misery.

Like in all foreign-sponsored civil wars that lead to extreme economic hardship, Yemenis had taken up arms and received financial rewards in return for pursuing agendas that may not correspond to their own national interest. When all economic activity and employment opportunities vanish, feeding your own children is only possible if one becomes a fighter on the payroll of one or more foreign sponsors.

End the war
If the war stops without a detailed reconstruction programme, there is a risk of many losing their livelihood and income. Local actors may not see an immediate benefit from a ceasefire in the absence of real alternatives that would allow them to survive in a destroyed country.
The Saudi offer fails to detail how peace and economic reconstruction can resume once the air strikes stop. Today, the Yemen war has generated new forces that seem to be beyond the capacity of Saudi Arabia, which contributed to this destruction, to contain or reverse.
With the international community cutting its overseas aid and development programmes – the British government is one of them – the prospect for peace in Yemen does not look imminent.
The United Nations should be given an international mandate to launch a fresh peace initiative whose main objectives should be political and economic. Politically, Yemenis should be encouraged to revive that historical moment in 2011 when all factions and groups sought democracy in the “Change Squares” of most Yemeni cities.
Economically, the international community, including above all Saudi Arabia, should pledge to contribute to a fund that starts the long and arduous journey towards recovery. 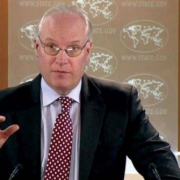 US special envoy for Yemen to visit Saudi Arabia, Oman 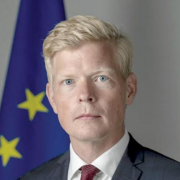 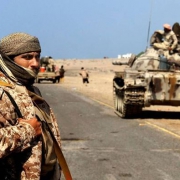 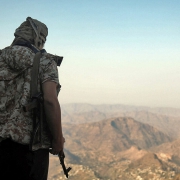 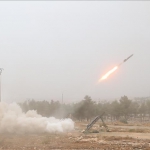 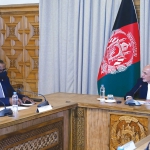