Israel has a strong and special relationship with the Kurds, which extends to recent times when the Kurdistan Regional Government undertook a referendum to become independent.

For decades, Israel was the only country that provided support and training for the Kurds in Iraq. As a result, Israel has a strong and special relation with the Kurds (mostly with the Kurdistan Democratic Party, or KDP), which extends to recent times when the Kurdistan Regional Government (KRG) undertook a referendum to become independent from the central Iraqi government. At that unique time, Israel was the only country that supported Kurdish independence and advocated for it.
The relations between Kurdistan (especially the KDP) and Israel dates back to the mid-1960s, when Israel saw the Kurds as a strong ally that supported them and could be relied upon to weaken the former Iraqi regime.

Kurdish-Israeli relations are longstanding, deep and strategic, and even stronger than the Kurds’ relationship with the United States and European countries. The presence of Israel in Kurdistan is not new. Throughout the 1960s and ‘70’s, Israel secretly backed a Kurdish insurgency against Iraq as part of its Middle East geopolitical strategy to forge alliances with non-Arabs.
After the fall of the former Iraqi regime in 2003, the military and political ties between the two countries grew even stronger, and the relationship became clearer. Former prime minister Ariel Sharon, shared “the scope of good ties with the Kurdistan region” following meetings between Israeli and Kurdish officials.
According to some reports, in 2004, the IDF and its intelligence unit were active in the Kurdish areas of Iraq, Iran and Syria, where they provided support and training to these units and conducted covert operations.
When all the powerful countries around the world ignored the Kurds and their rights to self-independence, Israel was the only country that supported a free and independent Kurdistan.
Israel became the first country in the world to endorse Kurdish independence on September 9, 2017. Prior to the referendum, Israel was the only major world force supporting the region’s independence. It was also reported that Prime Minister Benjamin Netanyahu, pressured world leaders to support the Kurdish referendum. When Iraqi forces and the Shia Militia Popular Mobilization Forces attacked Kirkuk, Netanyahu backed the Kurdish forces and put pressure on the influential force to avoid any setbacks for the Iraqi Kurds.
During the pro-independence rallies in Erbil, the capital of the Kurdistan region, the Kurdish people publicly expressed their appreciation for Israeli support by waving the flag of the Jewish state and chanting appreciation for Israel in their rallies, demonstrations and celebrations.
Israel not only supported the Iraqi Kurds, but also Kurds in other countries. Commenting on the Turkish military operation in Syria, Netanyahu, said in a tweet, “Israel strongly condemns the Turkish incursion into Kurdish areas in Syria, and warns of ethnic cleansing against the Kurds from Turkey and its proxies. Israel is ready to provide humanitarian aid to the brave Kurdish people.”
This was not the first time that Netanyahu showed his support for the Kurdish people. In his 2014 policy speech, he supported the creation of an independent Kurdish state when he stated, “The Kurdish people are a people who struggle. They have proven their political commitment and political moderation, and they deserve their political independence.”
Following the ISIS attack in northern Iraq in September 2014, the Israeli nongovernmental organization IsraAID, in collaboration with the American Jewish Committee, declared that it would provide immediate assistance to Christians and Yazidis in Iraqi Kurdistan. In October 2014, IsraAID offered humanitarian aid to refugees fleeing ISIS’s terrorist campaign in Iraqi Kurdistan. In the Kurdish city of Dohuk, IsraAID provided winter assistance to 1,000 families, including beds, baby food and blankets.
This assistance was made possible by the collaboration with the Canadian agency ONEXONE, as well as the KRG. The founding director of IsraAID, Shachar Zahavi, told Arutz Sheva that the Israeli team was warmly received by the Kurdish residents in the camp. He asserted, “They were aware that we were Israeli, and they received us very well. The Kurdish people really love Israel.” Zahavi also stated that Israel has a special duty to help the Kurds, who are the largest stateless nation in the region.
ON THE OTHER hand, the leaders of the KDP, which controls the KRG, were keen to establish relations with Israel. In 2006, then-Iraqi Kurdistan president and KDP leader Massoud Barzani said in a statement, “It is not a crime to establish relations with Israel. And if Baghdad establishes diplomatic relations with Israel, we would open a consulate in Erbil.”
Having strong relations with the Kurds is also an asset for Israel, as it will provide Israel with more power in the region. One former Israeli intelligence officer told The New Yorker that “by aligning with the Kurds, Israel gains eyes and ears in Iran, Iraq and Syria.” According to the Financial Times, at one point, Israel imported up to three-quarters of its oil from Iraqi Kurdistan, which provided a crucial source of funds for the region as it fought militants of the Islamic State. Israeli companies have also reportedly invested in energy, development and communications projects in Iraqi Kurdistan, in addition to providing security training and purchasing oil.
According to recent reports, there are between 400-730 Jewish families living in the Kurdistan region.

On October 18, 2015, the KRG named Sherzad Omar Mamasani, a Kurdish Jew, as the Jewish representative for the Ministry of Endowments and Religious Affairs.
However, political ties between both sides have never been formalized. Falah Mustafa, the former head of the KRG’s Department of Foreign Relations, once noted, “We have no problems with Israel. They have not harmed us. We can’t be hating them just because Arabs hate them.”
Some reports claimed that around 200,000 Jewish Kurds were going to be repatriated to Iraqi Kurdistan if the referendum ended successfully and a Kurdish state was formed. In the words of Yeni Safak, a Turkish daily newspaper, Massoud Barzani, “who received support only from Israel during the referendum process, planned to strengthen his hand… with the help of Kurds of Jewish origin who have prominent positions in Israel.”
Recently, in a sign of solidarity, Zikri Musa, senior adviser for President Barzani, stated, “Israel is not in such a state that it is going to collapse due to Hamas bombs and social media posts.” In addition, the Kurdish academic, Dr. Sherko Kirmanj, recently stated, “For more than 2,000 years, the Jewish people have been suppressed, and what was once a Palestine issue is now an Israeli or Jewish issue.”
The Kurdish people are also interested in developing ties with Israelis. In 2017, Nadia Murad, a Kurdish Yazidi activist and UN goodwill ambassador, visited Israel and stated, “Jews and Yazidis have a lot in common.” She added, “Israelis understand my stories.”
The former head of the International Relations Committee in the Parliament of Iraqi Kurdistan, Rebwar Babaki, has suggested that Iraq should normalize relations with Israel in order to promote peace in the region, “the sooner the better.”
The Jewish community of Israel has a long history with Mesopotamia, where Jews have lived for thousands of years and have been involved in the country’s development from the beginning.
By having strong relations with Israel, the most developed country in the Middle East, the Kurds could benefit from modern agricultural technology and meet their pharmaceutical needs, which could end the region’s otherwise necessary dependence on neighboring countries, including Iran and Turkey.
The writer is an Iraqi Kurdish political and military analyst. He has graduate degrees in terrorism and international security from the Sam Nunn School of International Affairs at the Georgia Institute of Technology in Atlanta. 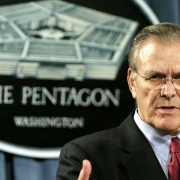 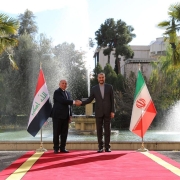 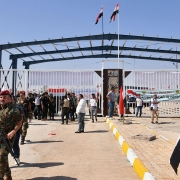 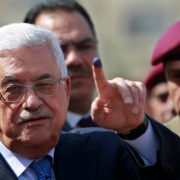 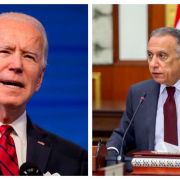 Iraq’s Mustafa Al-Kadhimi: US Forces Are ‘Not Needed’ 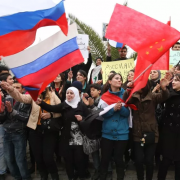 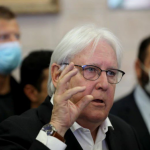 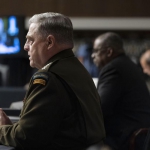 Pentagon Works to Move Troops to Countries Near Afghanistan as Military Eyes...
Scroll to top