The Afghan army’s failure to slow the Taliban’s seizure of power contrasts starkly with generally favorable developments in Iraq. As Afghanistan descends into the abyss, Iraq advances toward legitimacy at home and internationally. After years of fitful leadership, extremist threats, sectarian violence and Iranian interference, Iraq is on course to becoming a self-reliant, democratic state and, at least for now, an impediment to Iranian regional aggrandizement. America’s efforts, sacrifices and patience in Iraq are paying off.
The U.S. found no weapons of mass destruction in Iraq. What it did find was a homicidal regime under Saddam Hussein, and the debris of a sectarian army whose mission had been to brutalize the Iraqi people. Arabs and Kurds were on the brink of war. Though rich in oil and gas reserves, Iraq’s economic development had been stunted by state involvement designed to enrich those in power. The rule of law meant nothing but total obedience to Saddam.

Conditions in Iraq in the wake of invasion may have seemed hopeless, with a spreading Sunni insurgency, the arrival of foreign terrorists, and Sunni-Shiite violence. Still, the U.S. and 35 partner nations worked with Iraqis of all political stripes, religious beliefs and regions to help build representative government responsive to the needs of all Iraqis.
The first step was to help the Iraqis write a new constitution that provides for a separation of powers among branches of government and establishes basic rights for all Iraqis, irrespective of sect, ethnicity and sex. It obligates the Iraqi state to the rule of law, an independent judiciary, civilian control of the armed forces and universal suffrage. The constitution says that no less than 25% of parliamentarians be female, and it opened the way for Iraqi women to receive educational and professional equality, though in Iraq as elsewhere, words must be followed by actions.
Iraq’s constitution came into force after it was overwhelmingly approved in a national referendum in 2005. Since 2004, Iraq has had five straight peaceful transfers of power. Although its governments have performed unevenly—some poorly—none has clung to power when its time was up. A notable example is how Nouri al-Maliki, pro-Iran prime minister from 2006 to 2014, was succeeded without conflict by Haider al-Abadi, a less pro-Iran figure from a different party. This record is unmatched among Arab countries and defies pundits’ predictions that Iraqi democracy would fail.
The U.S. also led efforts to help Iraqis get their economy on track after 30 years of malfeasance and wanton theft by Saddam and his cronies. According to the World Bank, inflation-adjusted per capita gross domestic product in Iraq has grown from about $1,400 in 2002 to $5,000 today. Though painful, the recent recession, resulting from low oil prices, has taught Iraqis that their economy must be diversified.

Despite U.S. efforts, post-Saddam Iraq has struggled with Sunni terrorism, Shiite death squads, Iran-backed militias, the birth and spread of an Islamic caliphate, and civil war next door in Syria. Yet the commitment of most Iraqis to democracy, security and the rule of law hasn’t wavered.

Iraq has a capable army willing to fight its foreign and domestic enemies. Competent military chains of command answer to civilian authorities comprised of Sunni and Shiite ministers and officials. An autonomous Kurdish regional government and its forces are content to be part of Iraq and don’t menace neighboring Turkey. As U.S. combat forces leave Iraq, they can do so with confidence that the Iraqi forces they groomed have the ability to secure their nation’s borders, domestic peace and democratic institutions.
Iraq still faces formidable challenges. Though sectarian violence has abated, Iranian surrogates could trigger renewed strife. Baghdad’s control over the county’s petroleum reserves fuels contention and graft. Anti-corruption demonstrations starting in 2019 signify that ordinary Iraqis want cleaner government; current Prime Minister Mustafa al-Kadhimi has responded by a campaign of arrests of officials and officers suspected of corruption. Iraq is also a prime target of Iranian political intrigue and paramilitary marauding, especially in the wake of America’s failure in Afghanistan.
As Iraq faces these challenges, it needs steady American backing. The U.S. decision to withdraw forces from Iraq in 2011 cleared the way for terrorists of Islamic State to seize a large swath of the country. When American troops returned in 2014, they enabled the Iraqi military to defeat Islamic State. Although Iraqi forces are now able to defend their country, a precipitous withdrawal of remaining U.S. troops would degrade their capabilities and encourage their enemies.
For now, a modest noncombat U.S. military presence is needed to consolidate hard-won gains and build on newfound confidence. The missions should gather intelligence and train Iraqi counter-terrorism forces. Roughly 2,000 to 3,000 troops should be ample to carry out these missions, though the number should be guided by the on the ground assessment of our military.
The Taliban’s triumph in Afghanistan makes the victory of democracy in Iraq all the more important. Hard as it may have seemed during its darkest days, Iraq has the potential to be a model in the region and an American partner. 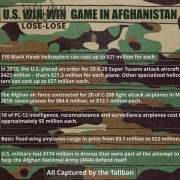 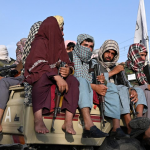 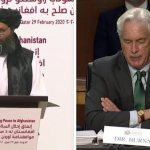