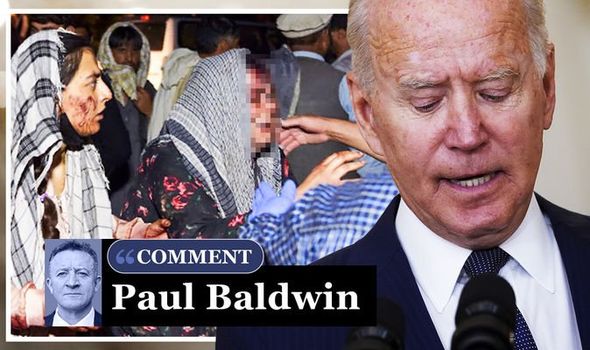 By : Paul Baldwin Head of Comment , EXPRESS
Let’s be clear about why 95 people, including 13 US servicemen (at time of writing), are dead today: because Biden wanted an easy soundbite to spout on the anniversary of 9/11. In two weeks time he wanted to be able to say, for entirely self-serving political reasons: “20 years after the attack on the Twin Towers there are no more American boots on the ground in Afghanistan. Mission accomplished.” You can almost hear the backroom White House PR saying: “Mr President sir, the 20th anniversary of 9/11 sir….”
Well, he will get his soundbite alright.
It is something of an American tradition to embark on overseas military adventures without a clearly defined endgame, let alone a practical exit strategy but the chaotic withdrawal of American military might from Afghanistan marks a new low for the US.
All it has done is make America look weak and foolish in the eyes of the world and, crucially, emboldened her enemies to a degree not really seen for 20 years.
And now, entirely predictably, there are 90 fresh body-bags.
If Mr Biden thinks Isis-K will be satisfied by the two bombs at Kabul Airport yesterday he really is as senile as his critics claim.
Already his Commander in the field General Frank McKenzie has warned soldiers were preparing for further attacks, probably rockets or car-bombs, at the airport today.
This new battle-hardened offspring of Islamic State are far more psychopathic than the common or garden version. They are also steeped in hatred for the West.
Do we really think their terror plans will be limited to Afghanistan? The anniversary of 9/11 is not just a date Joe Biden will mark – it was also, lest we forget, the most successful attack on mainland USA in history. A high watermark for America’s enemies.
Will those same American enemies just quietly let it pass you think Joe?
I fear you really will get your 9/11 soundbite – but it will be horrifically far from the one you were hoping to provide.
Last night Mr Biden finally addressed the nation in an attempt to extricate himself from the fatal mess he has created. Remember no American serviceman had died since February 2020 – until yesterday.
He repeatedly attempted to claim that the entire US military was behind his chaotic plan to leave by August 31. This is simply not true.
We know many strategists opposed closing Bagram Air Base, we know CIA operatives on the ground warned the Afghan army would crumble to the Taliban in a matter of days and we know ex-General and David Petraeus, who was a Commander in Afghanistan, told the President to leave 2,500 troops in the country if he wanted to prevent a catastrophe.
But Joe, a man who has never worn a uniform (and received five draft deferrments fro asthma while his fellow countrymen were fighting and dying in Vietnam), thought he knew better.
You don’t need to be a military strategist to realise he didn’t.
During a strange and slightly eccentric press conference which seemed to have Mr Biden praying at one point, he also claimed “what America says matters” – but it doesn’t. What America does matters. And currently America is running away.
He refused to either take any responsibility – it’s Trump’s fault – and repeatedly said America would successfully complete its mission. Which is true if, as above, the mission is running away.
In an attempt to garner some reflected kudos he spouted lines like: “The military is the spine of the nation.” Which must make Joe the spineless of the nation.
And of course he pledged to hunt down the attackers and make them pay – and America probably will, they have become quite adept at surgical strikes against key players.
But the fact remains this atrocity should never have happened.
So, America wakes up today to the fact 13 soldiers are dead and 15 are injured – knowing they died needlessly at the altar of the political ambition of a President.
They know too that their status in the world, the famous American exceptionalism, is crumbling further every day Joe Biden is in office.

America is starting to look weak and foolish, and the rank and file Americans do not like looking weak and foolish.
Mr Biden’s standing in the polls has of course collapsed and the Republicans are calling for his resignation and even impeachment.
Wiser heads are not so sure about his enforced removal. As republican Nikki Haley pointged out: “That would leave us with Kamala Harris, which would be ten times worse. God help us.”

And so this lame-duck president with the blood of American soldiers on his hands will limp on for now.
But make no mistake for Joe Biden the ramifications of this dog’s dinner of a withdrawal are disastrous.
Unfortunately, for the families of the dead they are so much worse. 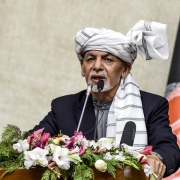 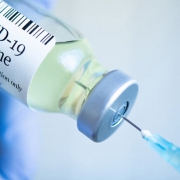 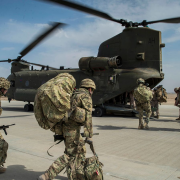 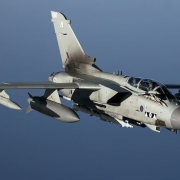 10 Years Ago, NATO Intervened in Libya — And Created a Complete Disaster 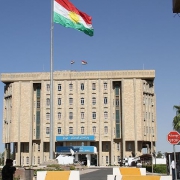 Afghanistan’s Economy May Be Only Weeks from Collapse, According To a... 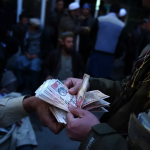