It was only a few days after the start of withdrawal of US troops from Afghanistan for a complete withdrawal that the Taliban began to make significant progress on Afghanistan soil. This is the Taliban with whom the previous US administration, the Donald Trump administration, signed a peace treaty mediated by Zalmai Khalilzad in 2020. Even, it was later revealed that one of the terms of the agreement was that the Taliban did not have the right to issue visas to those who sabotaged US national security. This means that even before the Taliban regained power, the United States explicitly called them a country and gave them legitimacy.

Surprisingly, this was the same Taliban group which between 2009 and 2012 was satisfied so that the Afghan government would only allow them to live a normal life and had no superior power in Afghanistan, but it was the United States which did not allow the Afghan government to do so and later the Taliban abandoned this thinking.
But now, after 20 years of US occupation of Afghanistan, under the pretext of eradicating terrorism and the Taliban and thousands of absurd claims such as the concept of nation-building, US president blamed the Afghan government and its people. Biden directly blamed the Taliban’s takeover in Afghanistan on Afghan political leaders who fled the country and the unwillingness of the U.S.-trained Afghan army and its people to fight the militant group (Video).
Nevertheless Biden has to ask himself what could be the main reason for this chaos? Biden must ask himself whether it was not the United States that equipped and trained jihadist groups in Afghanistan to fight the Soviets in the 1980s and 1990s, and deliberately changed them from small, ineffective groups to effective actors in Afghanistan and destabilized the country? Biden must ask himself whether it was not the United States that once secretly and in some cases openly funded these groups in order to cause trouble for its regional rivals.
It must be said that it was the United States which planted the seeds of these extremist groups in Afghanistan and enlarged them and turned them into a regional threat, and today, when these groups have regained power after 20 years, US cannot blame the Afghan people, because the root of this chaos is the United States itself, and today it is reaping what it planted years ago.

Biden should have been told that perhaps if the United States had not invaded Afghanistan in 2001, the Afghan people themselves would have been able to end the group’s story and create a powerful government much better than what the United States established.
On the other hand, the US negotiation with the Taliban was another very big strategic mistake, which is a sign of the US weakness in compensating for its mistake in empowering the Taliban, which further legitimized the group internationally. This gave the group extra strength so that it regained its composure and conquered all of Afghanistan.
On the other hand, according to the statistics by The Foreign Project, Biden and US officials should know that even the most trivial civil rights, such as women’s rights, the prevention of civilian casualties, and the drug crisis, are not only unresolved in Afghanistan after twenty years of occupation, but worse.
Even despite warnings from the international communities that the Afghan government was not strong enough to fight the Taliban if the US military withdrew, Biden and other US officials falsely portrayed the Afghan army as very good and invincible to allow public opinion to escape the Afghan swamp.
The United States supported the weakest and most corrupt government in the history of Afghanistan. A government whose leader fled a week after the US withdrawal and handed over power to the Taliban, and this stigma will forever be recorded in the history of this country. Thus, Biden and the United States have no right to accuse Afghans of lacking a spirit of defense, because what happened in Afghanistan proved that governments cannot rely on great powers to achieve their national interests and that of their people. Since the great powers are only interested in their own benefits, and whenever they see that their expenses have increased in a country, they betray the people of that country and abandon them, regardless of the fate of the people of these countries.
From all this, it can be concluded that the United States invaded the Middle East 20 years ago under the pretext of destroying terrorism, but not only did it not take a step towards achieving this goal, but it also made terrorism more powerful. In addition, the United States could not see the possibility of continuing this campaign in the swamp of Afghanistan and thought of fleeing and tried to direct all the ominous results of this move to the army and the people of Afghanistan and used some kind of media blackmail to rid itself. 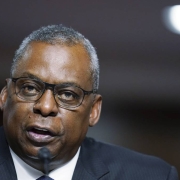 Austin to Testify on Afghanistan Next Week 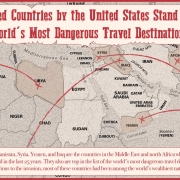 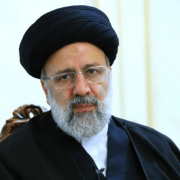 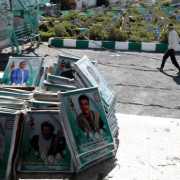 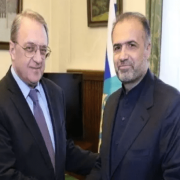 Biden Claims the US Is ‘Not At War,’ Despite Combat Deployments... 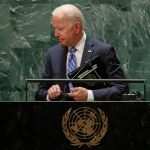 The Management of Savagery: How America’s National Security State Fueled the...
Scroll to top