As the last of the U.S. forces withdrew from Afghanistan and closed the books on the longest war in American history, the general consensus seemed to be that politicians won’t be asking the Pentagon to do that again anytime soon.
The “that” includes sending hundreds of thousands of troops, as was the case at the height of the invasions of Iraq and Afghanistan, to win hearts and minds in a counterinsurgency campaign. For 20 years, the U.S. military was enlisted in the laudable if unrealized goal of creating a representative democracy – or at least a tolerably functioning inclusive state.
Yet the Pentagon’s boots-on-the-ground experience in Afghanistan will nonetheless leave a lasting imprint on military doctrine in ways that will continue to shape its leaders. That’s even as their focus pivots to what many consider to be the Department of Defense comfort zone of “great power competition” in places like Asia.
“A whole part of the pivot to Asia and great power competition – there is a threat there, and I don’t want to minimize it – but the enthusiasm with which this administration and the previous administration has seized on that threat is also the desire to fight the kind of wars we want to fight,” says Frederick Kagan, an architect of the surge of U.S. forces into Iraq and senior fellow at the conservative American Enterprise Institute.
In the wake of Vietnam, and again with America’s inglorious exit from Afghanistan, counterinsurgency has undoubtedly become “completely unfashionable,” he says. “But it’s an American myth that says we always get to choose the wars we fight.”
The failures of Afghanistan will be scrutinized on Capitol Hill this week, with Defense Secretary Lloyd Austin and Gen. Mark Milley, chairman of the Joint Chiefs of Staff, testifying before Senate and House Armed Services lawmakers on Tuesday and Wednesday. And while the failures of nation-building that relies on military might seem apparent, there are still conventional conflicts where U.S. military power can excel. But the experiences in Afghanistan also offer lessons for U.S. enemies, too.
The wars the Pentagon wants to fight “are always rapid, high-intensity, and decisive,” says retired Lt. Col. John Nagl, who helped to write the Army’s counterinsurgency field manual and is now a visiting professor of national security at the U.S. Army War College in Carlisle, Pennsylvania. And, on that front, the American military remains unparalleled.
Yet for that very reason, military leaders who grew up on the battlegrounds of Iraq and Afghanistan are well aware that “the wars our smart enemies will choose will be slow, grinding, and indecisive, largely as a result of our conventional military successes,” he says. “They will be much more like Vietnam and the counterinsurgency phases of Iraq and Afghanistan than World War III with China.”
Leaders would ostensibly seem ready to put the counterinsurgency field manuals on a high shelf, not to be dusted off for quite some time, as they did post-Vietnam. However, “my overriding thought is that we may no longer be interested in counterinsurgency, but doesn’t mean that insurgencies are no longer interested in us,” Dr. Nagl adds.
For now, though, the Senate Armed Services Committee’s Future of Defense Task Force 2020 report warns that China represents “the most significant economic and national security threat to the United States over the next 20 to 30 years.” Because of its nuclear arsenal and ongoing efforts to undermine Western democratic governments, Russia “presents the most immediate threat.”
That means that defense budgets will be getting boosts in areas like long-range rockets and missile defense, as well as artificial intelligence and biotechnology. These “will have an outsized impact on national security” since “the potential of losing this race to China carries significant economic, political, and ethical risks” for the U.S., the task force report argues.
Even as its priorities pivot, however, Pentagon leaders will continue to face a range of global threats and responsibilities.
At a typical news conference earlier this month, for example, the press secretary fielded questions on reports of North Korea’s successful test of long-range cruise missiles; accountability for a drone strike meant for an Islamic State operative that accidentally killed civilians, including children; prospects for counterterrorism operations in Africa; response to a measles outbreak among Afghan evacuees; National Guard involvement in a demonstration in support of Jan. 6 Capitol Hill rioters; and concerns that Guinean Special Forces trained by U.S. Green Berets had launched a military coup against their government.
For threats that range from predictable to far-fetched, the Pentagon must have plans in place. That said, “We tend to have champagne strategies on beer budgets,” says retired Brig. Gen. Tom Cosentino, who previously served as the commandant for the National War College. “When it comes time to start making choices on where to put our resources, I think it’s inevitable coming out of Iraq and Afghanistan and dealing with a pretty aggressive Chinese competitor, we’re going to see a shift into much more high-tech and high-intensity conflict focus.”
Mr. Cosentino recalls his time in midcareer military classrooms. “I remember very well sitting in my intel officer’s advanced course in 1990 to 1991 and talking about low-intensity conflict, and putting it in the context of Latin America, El Salvador, the FARC [Revolutionary Armed Forces of Colombia guerrillas], and so on. It never really leaves the doctrine. It’s there – it’s just how much of an emphasis it gets, and how much training you put against it.
“If demands on the military are to fund rockets and missile defense to help with an island-chain deterrent strategy in the Pacific, then that’s where the money will go. And one of the bill payers could be that capacity to do counterinsurgency,” he adds. “I don’t think it gets lost, but follow the money.”

That said, since 9/11 the U.S. military has developed a “pretty good ability” and knowledge within its special operations forces to pivot from counterterrorism operations to the training operations that are often at the core of hearts-and-minds campaigns, Mr. Cosentino says.
And while politicians may shy away from counterinsurgency for a time, the awareness of the importance of winning over civilians in what’s known as “population-centric warfare” is likely to stay with military leadership.

It is certainly a lesson that Moscow has embraced as it has watched the U.S. efforts to win over the population in Afghanistan and elsewhere, Dr. Kagan says.
“Fascinatingly, the guys who really got this was the Russians.” He points to hybrid warfare campaigns that include targeting the U.S. population with social media barrages in its efforts to disrupt U.S. elections.
Such developments are at the heart of the “never agains” of Afghanistan, he adds. “We cannot repeat the post-Vietnam mistake of jettisoning everything we just learned about this conflict.” Though the number of troops with combat experience in Iraq and Afghanistan will inevitably wash some of the knowledge out of the ranks, “people will fight to retain it.”
In the upper echelons of military strategic thinking, many of the critical lessons of America’s post-9/11 wars are yet to be determined, but will make “perfect curriculum” for the National War College and other military institutions of higher knowledge, Mr. Cosentino says.
“We’re always trying – at least if we’re effective – to put things in an historical context, to open the aperture of our students to think more strategically about the intersection of hard and soft power, how that operates,” he adds, “and how you make the hard decisions.”

As the last of the U.S. forces withdrew from Afghanistan and closed the books on the longest war in American history, the general consensus seemed to be that politicians won’t be asking the Pentagon to do that again anytime soon. 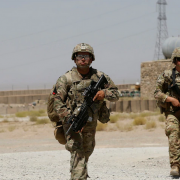 Guest column: It’s time to get out of Afghanistan 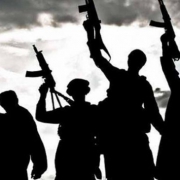 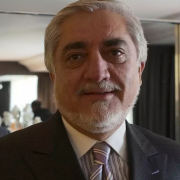 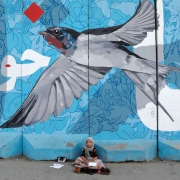 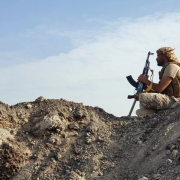 US envoy for Yemen heading to Saudi Arabia for ceasefire talks 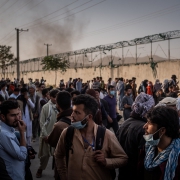 Serbian President Says His Country Will Not Move Embassy to Jerusalem 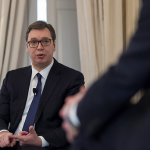 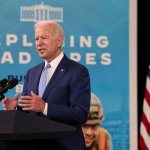 Biden Discusses Afghanistan with G20 Leaders, Including Threat from ISIS-K
Scroll to top