Taliban’s secret operatives, embedded in governmental organizations, played a key role in helping the group lay siege to Kabul after the hasty US withdrawal from the war-torn country in August, reveals a report.

They waited for the opportunity to help the group make a comeback after 20 years of armed struggle and topple the US-backed government in Kabul.

The report interviews a former Taliban militant commander who now heads the Kabul airport security command center, Mohammad Salim Saad, on how these undercover agents managed to pull off a blood-less coup, overthrowing both the government headed by Ashraf Ghani and his western backers.

“We had agents in every organization and department. The units we had already present in Kabul took control of the strategic locations,” he is quoted as saying in the report, sitting before a bank of closed-circuit TV monitors at the Kabul Airport.

“We had people even in the office that I am occupying today,” he says, referring to the Kabul airport security command center, which he oversees now.

Erdogan says US can count on Turkey after Afghanistan troop pullout

Iran Claims It Caught 3 Mossad Spies in Southeast of Country 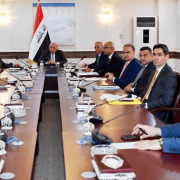 Iraq Slams US Annual Report, Says It Is ‘Imprecise’
0 replies

Understanding the U.S. Wars in Iraq and Afghanistan 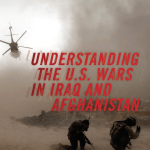 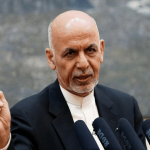