In Colombia, where  some 13,000 Palestinians reside, the leftist candidate Gustavo Petro has won the presidential election after he defeated his far-right rival Rodolfo Hernandez. The 62-year-old’s victory represents a major revival for Colombia’s progressive left in Latin America as it joined left-wing parties in Chile, Peru, Mexico and Argentina for the first time. According to figures published by Colombia´s electoral authority, Petro won 50.44 per cent of the votes compared to the 47.31 per cent achieved by his opponent.

“Today is a day of celebration for the people. Let them celebrate the first popular victory. May so much suffering be cushioned in the joy that floods the heart of our country today ,” Petro said on Twitter.

Petro was a legislator and a member of the M-19 guerrilla group, which was originally set up during Colombia’s 1970 elections. He later moved into politics and served as a senator and the mayor of Colombia’s capital, Bogota. He was finally victorious in his third attempt in the presidential race, promising to address inequality in a country where nearly half the population lives in poverty and unemployment.

“I raise my voice against the murder of Palestinians. People are not to be massacred, they are to be respected as a culture, as a right to exist under the skies of the planet. Jesus was Palestinian and asked that human beings love one another,” Petro said  in a tweet, accusing Israel forces of carrying out a “massacre” against Gazans during the Great March of Return in May 2018.

Until 2013, Colombia was the only South American nation that had not recognised Palestine as a sovereign state. It finally took the decision in 2018. The announcement was made public through a letter sent to Palestinian Foreign Minister Riyad Al-Malki. The letter was written in August 2018 and signed by Foreign Minister Maria Angela Holguin Cuellar. “I would like to inform you that in the name of the government of Colombia, President Juan Manuel Santos has decided to recognise Palestine as a free, independent and sovereign state,” the letter said.

Petro’s outspoken criticism of Israel’s policies and violations against Palestinians mean Colombia’s ties with Tel Aviv will take a different direction under his leadership. “The State of Israel is one thing and the Jewish religion is another, just as the Colombian State is one thing and the Catholic religion another,” Petro tweeted in 2019. “Confusing state and religion is typical of the archaic mentality. The State of Israel discriminates against Palestinians like the Nazis discriminated against Jews.”

Despite this, Israel’s Foreign Ministry rushed to congratulate Petro, tweeting: “We congratulate the People of Colombia and President Elect @petrogustavo on a successful democratic election and look forward to further strengthening the relations between Israel and Colombia and between our two peoples.”

Petro’s victory has also been described as a “big defeat for the USA”. Over the past two centuries, all Colombian presidents descended from right-wing aristocratic families, known for their loyalty to the US and its policies. This has contributed to making Colombia one of the most important nations in Latin America.

Expectations are rising that Petro’s electoral victory will lead to  a deeper change in the political field in Latin America, and to the reconfiguration of Colombia’s relations with the US. With Petro’s victory, Colombia became the third largest country in Latin America to shift to the left. Chile, Peru and Honduras elected leftist presidents in 2021, while in Brazil former President Luiz Inacio Lula da Silva is leading in the polls for this year’s presidential election.

These new Latin American governments will constitute a real threat to American hegemony over the region. Perhaps this explains Joe Biden’s rush to hold the Summit of the Americas in an attempt to test and identify his allies in Latin America. 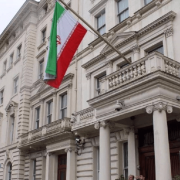 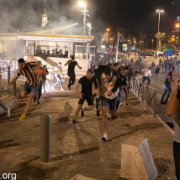 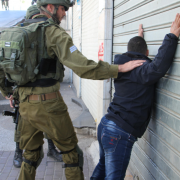 450 Palestinian Children Detained By Israeli Forces in the West Bank This Year: Report 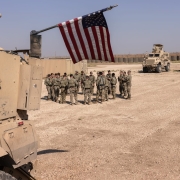 Newsweek: The Biden administration does not have a clear policy in Syria 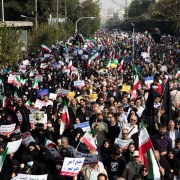 Israel Steps Up Its Colonization of Occupied Palestinian Territories 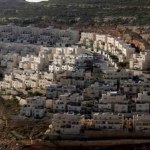 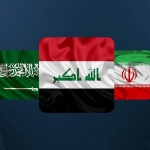