Her warning has been interpreted variously. Some Bush administration officials contend the warning was related to the willingness to fire on Iraqi ships in early August. Others suggest that it was in response to Bush’s willingness to delay using force until obtaining specific authorization from the United Nations in late August. In any case, the British leader sought to steel her closest ally and make clear that the West would keenly focus on stopping and reversing Iraq’s aggression.

Where is such steel today in the wake of Russia’s naked aggression against Ukraine except that from Ukrainian President Volodymyr Zelenskyy? The U.S. and NATO were, quite frankly, slow to throw in behind Ukraine. Missteps, misstatements and misjudgments failed to deter Russia from invading in the first place. President Biden’s mistakes in all of these categories have been noteworthy, from seeming to invite a “minor incursion” to finding it difficult to say the words “Russia must be defeated,” or “Ukraine must win.”

Eventually, the European members of NATO summoned the will to openly support Ukraine, even as the U.S continued to equivocate, seemingly more concerned about Russian threats of escalation than Russian actions of annihilation. In time, Mr. Biden would adapt to NATO’s bolder posture. His instinct is to follow, not lead. Unfortunately, there’s some evidence that NATO and the U.S. are beginning to soften their support for a clear Ukrainian victory.

To be sure, the U.S. has funneled $54 billion in military aid to Ukraine, cutting into our own war stocks in the process. So, too, NATO countries have kicked in $8 billion. And both NATO and the U.S. provided shoulder-fired anti-tank weapons that blunted Russia’s effort to capture Kyiv and decapitate the Ukrainian government. But now the war has shifted to eastern Ukraine where superior numbers of Russian artillery are targeting and depleting Ukrainian forces.

The Ukrainians have fought the Russians valiantly, even conducting impressive counterattacks. But now the fulcrum has shifted in Russia’s favor as its massive artillery forces pound the daylights out of Ukrainian forces and innocent civilian centers in the Donbas region. It’s good news that the U.S. and NATO are attempting to even the score by providing Ukraine with both cannon artillery and four High Mobility Artillery Rocket Systems (HIMARS). But time is not on the side of the Ukrainians in what has become an artillery-centric war. The U.S. and NATO must do more and do so now, including approving the provision of more howitzers, rocket systems and ammunition in quantities to defeat Russian artillery. Russian cannon, rockets and missile systems have become the tactical center of gravity in this war.

Ukraine must counter it or face certain defeat. Moreover, training on these new artillery systems for Ukraine must be expedited. It is one thing to provide the weapons. It’s another to speed them to the front. Those in the U.S. and NATO responsible for this need to get the lead out of their feet and get the steel into the hands of Ukrainian soldiers at this critical juncture in the conflict. If the West falters in providing these systems along with accelerated training, Russia’s current artillery advantage will be magnified. In war, actions speak louder than words. However, the right words are also important. Russia is determined to take the Donbas and senses that Ukraine is bending under the stress. If there was ever a time to signal Western support for Ukraine, it is now. We must resolve to support Ukraine in word and deed even as its solders are resolved to die defending freedom. Sadly, some NATO members are getting irresolute. Chancellor Olaf Scholz of Germany and President Emmanuel Macron of France seem more intent than ever to press Russia and Ukraine to end the war through peace talks before Ukraine can expel its invaders. Moreover, there are some indications that Mr. Biden has directed both his secretaries of state and defense to temper their rhetoric in support of Ukraine, possibly offering Russia an “offramp” to end the war it began. This is utter nonsense.  What Ukraine needs now are weapons, not wispy words of capitulation. A negotiated settlement in this very hour when the battle is turning against Ukraine will all but assure Russia is rewarded for its aggression. In the process, the aggressor becomes the victor and the vanquished a victim of defeatism. Moreover, the crumbling world order that once recognized the inviolable nature of territorial integrity will be catastrophically discarded. Margaret Thatcher is not here to stiffen the spine of American leaders. Where is a leader with her wisdom and courage to inspire the West to remain indefatigably resolute, not wobbly? 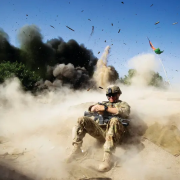 The US war in Afghanistan is over, but who won? 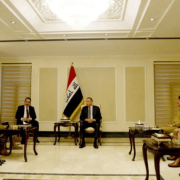 Kadhimi to the International Coalition: ISIS is Active in Western Iraq 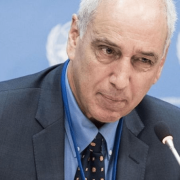 UN Expert: Israel Must Be Held to Account for Expanding Occupation 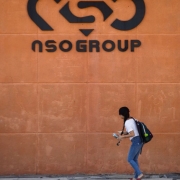 Israel ‘bars’ Palestinian-American NGO director from travel to Mexico, US 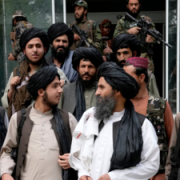 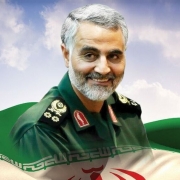 There Are No More Free Saudi Rides for Egypt and Jordan 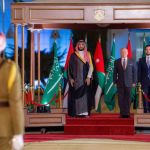 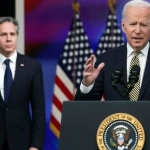