The US is finalizing plans to shrink its global constellation of military bases and shift war-making resources to the Far East, where Washington thinks they might prove more useful to confront China.
When accomplished, the so-called “pivot to Asia” first broached under the Obama administration will become a reality, and partly at the expense of the decades-old preoccupation with the Middle East – especially the Persian Gulf.
The Afghanistan pullout of a remaining 3,500 or so troops, which made headlines for having ended the long American defense commitment there, is but a minor step in the process. President Joe Biden has called for more broadly “correctly sizing” global military operations.
Indicative of Washington’s intentions was the recent withdrawal of a total of eight Patriot anti-missile systems from Jordan, Kuwait, Iraq and Saudi Arabia, along with the removal of an anti-rocket system called Terminal High Altitude Area Defense from the kingdom.
The THAAD system is designed to knock out medium-range rockets during their descent. Saudi Arabia also stands to lose some jet fighter squadrons and, likely, to be subjected to the withdrawal of some 700 soldiers stationed in the kingdom.
More changes are to come. In February, Biden ordered the Pentagon to review the US “military footprint” across the globe.
Defense Secretary Lloyd Austin was initially vague about what the review would mean, saying only that it was designed to match US resources with “foreign policy and national security priorities.”
By the end of February, Austin became more forthright. He declared China a “pacing challenge,” which in Pentagonese meant that the rivalry with China will set the pace for Biden’s defense planning.
Apparently, even that rhetoric seemed insufficient to project urgency. In June, Austin complained that there was a gap “between the stated prioritization of China and what we saw in a number of areas related to attention,” said a Pentagon official.
The US operates 800 military bases worldwide and Biden’s “global force posture review” was scheduled to be completed by mid-summer. About 165,000 US troops are stationed in 150 countries around the world.
The initial downsizing focus appears to be on the Middle East. That’s due in part to American failures to stabilize the region despite pouring in soldiers, materiel, bombs and money. Additionally, with the growth of US oil and gas production, Washington has come to regard the Middle East as less important to American interests than before.
There are about 44,000 US troops now in the region. The figure includes some 13,500 troops in Kuwait, 8,000 in Qatar, 3,500 in the United Arab Emirates, 3,000 in Jordan and 2,500 in Saudi Arabia.
There are complications embedded in any drawdown. Biden and his diplomatic team are trying to persuade Middle East allies that, although a physical American presence is shrinking, they are not being abandoned.
It probably didn’t help Biden’s argument when he insisted, even in the face of rapid conquests by insurgent Taliban holy warriors, that after the US pullout the Afghan government could take care of itself.
Moves to ease allied Arab concerns are in full swing. In Saudi Arabia, US diplomats are trying to erase fears that a military pullout downgrades the Saudi-US alliance.
To show commitment, Biden subtly flipped on his pledge to abandon military support for Saudi Arabia in Yemen, where Riyadh is fighting an eight-year proxy war with Iran.
Last winter, Biden announced the US would end support for “offensive operations” there. It turned out that the phrase “offensive operations” was slippery. The US still provides maintenance services to the Saudi air force used in Yemen through civilian contractors.
In addition, American security agencies deliver Yemen-related intelligence to the Saudis.
Defenders of the Biden policy say without such support the Saudis would lose total confidence in the alliance. The partnership is still considered valuable in the fight against terrorism.
Another soothing signal came via a reversal of Biden’s self-declared devotion to human rights. After previously expressing outrage over the assassination of Jamal Khashoggi, a Saudi dissident journalist, Biden ended pressure on Saudi Arabia to hold to account Crown Prince Mohammad bin Salman, the kingdom’s de facto ruler.
In February, a US intelligence report linked bin Salman to the murder, but Biden dismissed demands he do something about it, because “we have never, that I’m aware of … when we have an alliance with a country, gone to the acting head of state and punished that person and ostracized him.”
The capper came in early July, when the kingdom’s deputy defense minister, who happens to be bin Salman’s brother, visited Washington and held high-level talks on Yemen and Iran. The Khashoggi case was not on the agenda.
Elsewhere in the Persian Gulf, Biden is working to downplay to allies the significance of reducing the US military footprint.

The oil- and gas-rich mini-states along the Gulf coast have long depended on the US for security, first against the Soviet Union, then against either Iraq or Iran. Over time, the US built up its presence along the coast with a string of bases stretching from Kuwait through Bahrain and Qatar to the United Arab Emirates. But during his term in office President Barack Obama hinted at a downgrading the Gulf’s importance. Without involving Gulf allies, the US and other major powers opened negotiations designed to curb Tehran’s nuclear arms program. Obama insisted the countries on the west bank of the Persian Gulf must “share the neighborhood” and stop viewing Tehran as an inveterate foe. President Donald Trump rejected Obama’s nuclear agreement, but he also put Gulf states on notice that they had to learn to defend themselves.
Enter Biden. He wants to renew the nuclear deal. Reduced tension in the Middle East means he can more fully attend to Asia. But Abu Dhabi, Bahrain and Saudi Arabia, at least, have voiced worries that his outreach will result in Iran becoming more aggressive.
In April, the Biden administration offered its first palliative: a decision to sell $23 billion worth of military hardware to the UAE, including stealth fighter jets and drones.
Indeed, the Islamic Republic’s foreign ventures represent a drone in the ointment of Biden’s hopes to work with Iran and simultaneously ease allied concerns. Iranian military proxies are intervening in Syria’s destructive civil war on the side of President Bashar al-Assad and maintaining a stranglehold on Lebanese politics through Hezbollah, Iran’s client political party and militia there.
During Biden’s first seven months in office, Iranian allies in Iraq launched 30 attacks with 46 rockets and drone-born armaments on US forces. Retired US Vice Admiral John Miller warned that a Persian Gulf drawdown may invite more harassment.
With fewer military assets capable of defending against such attacks, or launching retaliation when they occur, Tehran and its proxies are likely to escalate further,” he said.
The Pentagon seems to be preparing for such an eventuality, while still preparing also for a reduced physical footprint. Last spring, the US quietly closed three US military bases in Qatar and transferred the equipment and troops to Jordan to get them farther from Iranian rockets and drones.
The three closed bases were as-Sayliyah Main Camp and Camp as-Sayliyah, South Camp, both of which were storage and staging areas for tanks, armored vehicles and other equipment; and the Falcon camp, which stockpiled ammunition.
How far the Middle East retrenchment will go is still up for debate. Critics of America’s empire of military bases suggest major surgery in the Middle East. They suggest the closure of the big naval base in Bahrain, reduction in the military population of other bases and encouragement of Gulf states to reconcile with a (presumably) cooperative Iran.
Shallower solutions include the replacement of large bases with smaller ones to house equipment and to host rotating forces. Troop strength could be reduced even at bases that remain open.
Biden’s Joint Chiefs of Staff Chairman General Mark Milley has indicated a preference for this option. “I am not a fan of large permanent military bases. I think that is something that needs a hard, hard look,” he said.
The presence of such small but permanent forces is also a way to show commitment on the cheap. Regardless of the precise final configuration of the drawdown, you can say goodbye to the Middle East as a US military center of major attention. 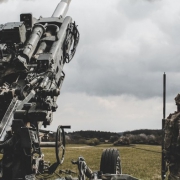 Iraq: Armed factions end truce with US over failure to withdraw troops: 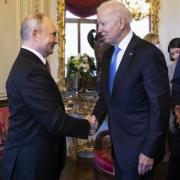 ‘Our blood is cheaper than water’: anger in Iraq over Trump pardons 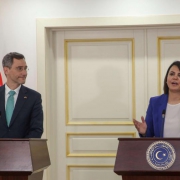 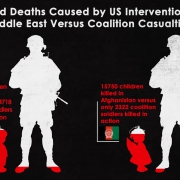 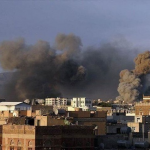