The viewpoints of Moscow, Tehran and even Delhi and Beijing against the Taliban have surprised many these days. Strangely enough, the United States and Pakistan have the same idea, as well. This is the first time that major regional and supraregional powers, having roles in the country (Afghanistan) have spoken with one voice that the power in Afghanistan must be shared with the Taliban. Ambiguity, however, is in the quality of this partnership. Now, what is the description of these equations and ambiguities?

Washington is convinced that a turbulent Afghanistan is not profitable anymore. They spent more than a trillion dollars in two decades; hundreds of their soldiers were killed, and they did not achieve their goals. Eventually, Pentagon officials became convinced that the CIA was better able to handle the situation. They deployed a cheap force (ISIS) in Afghanistan to do the same. A force that does not have the limitation the Pentagon faced in killing civilians, directly attacking US enemies, and openly attacking Afghanistan’s neighbors. The United States wanted to blow up Afghanistan like a bomb in the region, to harm of its enemies (China, Russia and Iran). But all things considered, why did Washington’s rivals welcome the departure of the occupiers and the Taliban’s takeover as well?
The White House hoped that the Taliban’s extremist ideology, if victorious in Afghanistan, would lead to incompatibility with neighbors such as Iran, China, the Central Asian republics and Russia. In fact, the extremist factions of the Taliban had and still have this capacity. But the Taliban had previously sent delegations to Tehran, Beijing and Moscow and assured that they did not intend to disturb these countries. The United States had predicted this as well and had an alternative plan. There have been groups from Pakistan, Chechnya, Central Asia, Chinese Uighurs, etc. among the Taliban since pats and have been fighting along with the Taliban for years in Helmand, Logar, Nangarhar and the rest of Afghanistan. In addition, many of them were killed and wounded. These groups do not have the ultimate goal of conquering Kabul. They have not fought for years so that Mawlawi Hibatullah Akhundzada (the leader of the Taliban) will succeed Ashraf Ghani in Kabul Citadel. For them, now is the day of victory. These groups want their share of this cake. Apparently, in a secret agreement with key officials of the Ghani government and the Taliban, these groups were directed to the north and the border areas.
In recent months, the government evacuated cities [in North] before the Taliban invasion. The Taliban also acknowledged that they did not even intend to occupy some areas, but the government itself had evacuated and handed them over. This is an ambiguous issue that is now understandable and solvable. The United States has probably prepared geography and land for this extremist and foreigner branch of Taliban by an agreement with the Taliban and Ghani, where can be considered as the main battlefield in the leading wars. From the point of view of Ashraf Ghani and Mawlawi Hibatullah Akhundzada, what better place for such a purpose than the north of Afghanistan.
The Taliban are silent about these groups, but this silence no longer prevails. In some provinces, such as Badakhshan, entire border areas have been surrendered to groups such as Ansarullah Tajikistan in coordination with Ghani and the Taliban. The group’s fighters captured the cities of Badakhshan province with the Taliban flag. But now they are infiltrating and creating a front in the north of the Amu Darya River and the territory of Tajikistan. The only comment the Taliban made on this issue was by Mulavi Khairkhah. In a recent interview with Press TV, when asked about ISIS’s presence in Badakhshan, he did not deny the story, but claimed; “If someone comes to Badakhshan as an immigrant and is there, we must look for a solution. We are committed to encouraging them to return to their country. We must solve this problem, whether through dialogue or on their own.We do not want our country to endanger the security of others. Those who cause danger must return to their countries. Our land must not be abused.”

Therefore, it must be admitted that the Russians’ fear of the emergence of ISIS in northern Afghanistan is justified. Kabulov and Zakharova have repeatedly claimed to have documents on the US-led transfer of ISIS to northern Afghanistan. In this situation, the Taliban [as Khairkhah implicitly said] has committed to Tehran, Moscow and Beijing, and will curb that extremist section. These countries fear the rise of ISIS in Afghanistan, but they have accepted the Taliban’s commitment as the main obstacle to the US plan. Because Ashraf Ghani’s government has proven to be particularly skilled at using ISIS and the disaffected Taliban branch against its neighbors and even its internal opponents. Abdul-Manan Niazi was an example of this evil game of Ashraf Ghani Security Office. They have shown that there is nothing ahead of them in this game of deception.

Mohammad Hossein Malek Jafarian (b. 1967, Mashhad), is a poet, war documentarian and journalist. He is best known for his controversial poetry and war documentaries, especially about Afghanistan and Ahmad Shah Massoud. 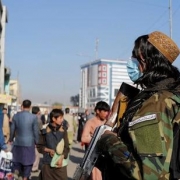 India is concerned about situation in Afghanistan: Pentagon 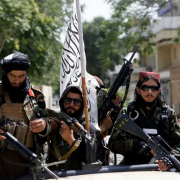 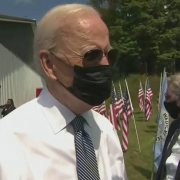 Biden Defends Afghanistan Withdrawal on 9/11 Anniversary: ‘How Else Could You Get Out?’

There’s No Need for Foreign Manpower in Afghanistan: Karzai 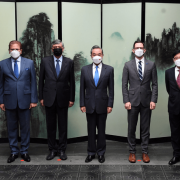 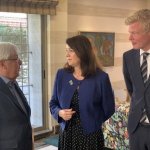 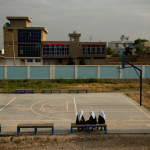