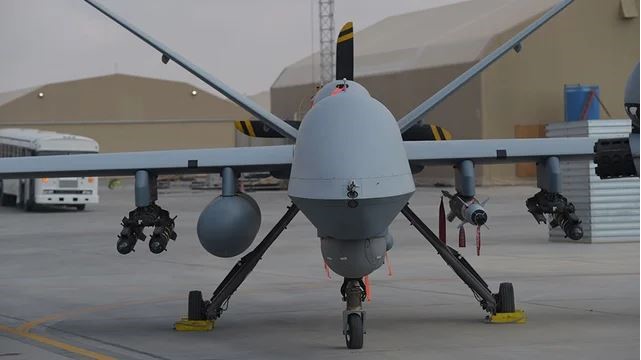 In his September speech to the United Nations, President Joe Biden declared, “for the first time in 20 years…the United States [is] not at war.” Unfortunately, that is far from true. Not even in Afghanistan, where the president has authorized continued bombing — with predictably horrifying results.

Imagine this: in a working-class neighborhood not far from Los Angeles International Airport, a 40-year-old husband and father arrives home from work on a Sunday afternoon. As he pulls his Toyota Corolla into the garage, his children run out to greet him. Out of the sky, a Russian military drone fires a missile at the house, killing ten people — seven of them children, and five younger than five years old. Russian President Putin at first claims the target was a Chechen terrorist, but later admits it was a big mistake and the victims were all just innocent American civilians.

That’s exactly what happened, except it was a U.S. drone and the victims were in Afghanistan. This is nothing new. The same story is replayed over and over again: a wedding procession in Yemen, a family dinner in Somalia, tending fields in Pakistan. At least 22,000 civilians have been killed in U.S. airstrikes since 9/11.

Today, U.S. military personnel are conducting combat operations in Iraq, Syria, Yemen, Somalia, Kenya, Niger, the Philippines, and yes, Afghanistan. And those are only the places we know about. There is little public information and limited oversight of the CIA’s secret drone wars.

How is this not war? And why is it that Black and brown people are overwhelmingly being targeted?

If another country was bombing the United States — even if the ostensible targets were actually plotting acts of terror — we would consider it an act of war. And if the government had invited a foreign country to bomb us, it wouldn’t be long before Americans turned against their own government.

Congress and the American public must face the truth: the global “War on Terror” has been a moral disgrace, a strategic failure, and a humanitarian catastrophe. The post-9/11 wars have killed over 929,000 people, forced at least 38 million people to flee their homes, and cost the American taxpayer over $8 trillion. Meanwhile, the number of armed Sunni Islamist groups that engage in terrorism has only increased, and the far more pressing global challenges of climate change, racial injustice, and extreme inequality have gone largely unaddressed. According to the attorney general and Homeland Security secretary, the greatest domestic threat facing the United States comes from violent white supremacists.

Ending the War on Terror doesn’t mean ignoring threats to national security. It means placing the challenge of transnational terrorism in its proper context among other more urgent threats and using all the non-military and non-lethal tools at our disposal to deprive terror networks of access to funds, weapons, communications, and recruits. It requires using international legal, law enforcement, technical, and intelligence channels to monitor, impede, arrest, and prosecute suspected terrorists in accordance with internationally recognized human rights and democratic principles. Instead of trying to kill people it says are using or planning to use violence to achieve political ends, the government should work to eliminate the structural and political problems that feed grievances by causing injustice, inequality, and oppression. And since conflict is the primary driver of terrorism, with nearly all deaths from terrorism occurring in countries already in conflict, we should work harder to prevent outbreaks of violence and to resolve conflicts peacefully by including local civil society — especially women, youth and marginalized populations — in peace processes.

But those tactics must be accompanied by a commitment to do no harm. By providing military aid to corrupt and abusive governments and security forces, we incur the wrath of those who are exploited and excluded. Our expansive global military footprint not only imposes unacceptable environmental and financial costs, but provides grist for armed groups to attract new recruits and popular support and creates openings for attacks on U.S. forces. Broad-based economic sanctions rarely change the behavior of regimes, and their burden always falls most heavily on the poorest and most vulnerable communities. Ending these destructive practices will go a long way toward removing anti-American animus.

Ultimately, Congress will need to repeal the law that allows these endless and ever-expanding wars: the 2001 Authorization for Use of Military Force. This statute has been stretched beyond recognition and used to justify wars that Congress has never approved or even voted on, against groups that didn’t exist when the law was enacted. But repeal efforts will not succeed until Congress and the American public face up to the facts that drone strikes and aerial bombings are truly acts of war, and that war is not the answer to terrorism.

In his September speech to the United Nations, President Joe Biden declared, “for the first time in 20 years…the United States [is] not at war. Today, U.S. military personnel are conducting combat operations in Iraq, Syria, Yemen, Somalia, Kenya, Niger, the Philippines, and yes, Afghanistan. There is little public information and limited oversight of the CIA’s secret drone wars 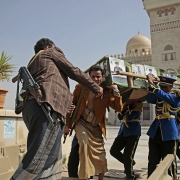 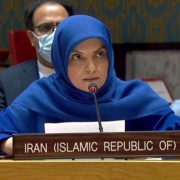 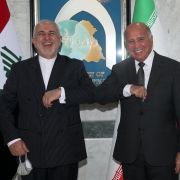 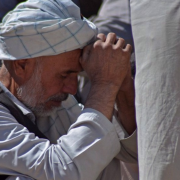 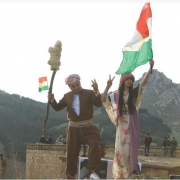 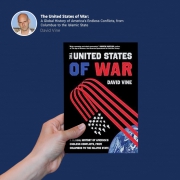 The United States of War: A Global History of America’s Endless Conflicts, from Columbus to the Islamic State
0 replies 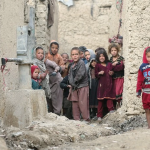 460 Children Killed Due To Violence in Afghanistan during First Half of 2021:...
Scroll to top